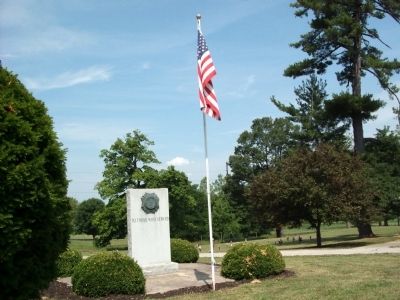 To Those Who Served

To Those Who Served

Erected by Veterans of Foreign Wars - - and - - American Legion.

Location. 39° 37.593′ N, 86° 51.527′ W. Marker is near Greencastle, Indiana, in Putnam County. Memorial is on South Cemetery Road (County Road 50 W) south of Veterans Memorial Highway, on the left. Go South on South Cemetery Road to the Second entrance to Forest Hill Cemetery - keep following 'right' to the South End of the Cemetery Drive. Touch for map. Marker is in this post office area: Greencastle IN 46135, United States of America. Touch for directions.

Other nearby markers. At least 8 other markers are within 2 miles of this marker, measured as the crow flies. Putnam County Civil War Honor Roll (within shouting distance of this marker); Putnam County Revolutionary War Memorial (about 300 feet away, measured in a direct line); Kappa Alpha Theta 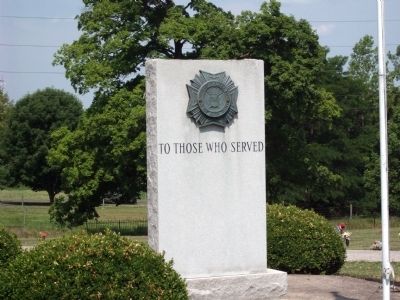 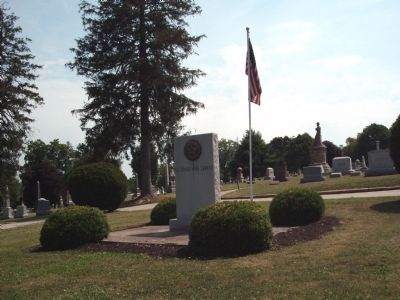 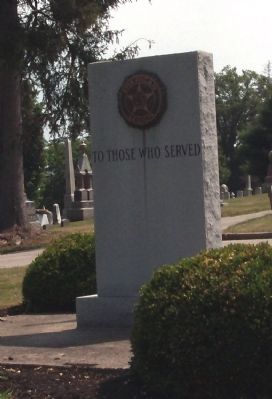 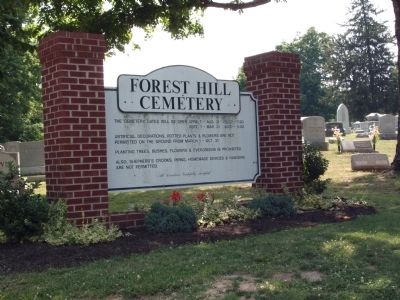