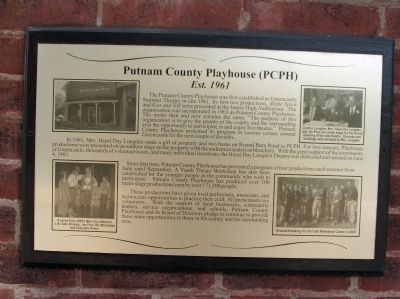 In 1981, Mr. Hazel Day Longden made a gift of property and two barns on Round Barn Road to PCPH. For two seasons, Playhouse productions were presented on an outdoor stage on the property with the audiences seated on bleachers. With the great support of the community of Greencastle, thousands of volunteer hours, and many individual donations, the Hazel Day Longden Theatre was dedicated and opened on June 4, 1983.

Since that time, Putnam County Playhouse has presented a program of four productions each summer 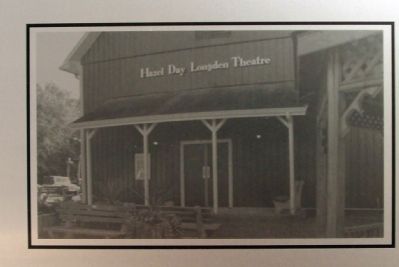 Click or scan to see
this page online
from June until September. A Youth Theatre Workshop has also been established for the younger people in the community who wish to participate. Putnam County Playhouse has produced over 100 main-stage productions seen by over 171,500 people.

These productions have given local performers, musicians, and technicians opportunities to practice their craft. All participants are volunteers. With the support of local businesses, community leaders, service organizations, and schools, Putnam County Playhouse and its Board of Directors pledge to continue to provide these same opportunities to those in the county and the surrounding area.

Topics. This historical marker is listed in this topic list: Entertainment. A significant historical month for this entry is June 1858.

Location. 39° 38.631′ N, 86° 51.813′ W. Marker is in Greencastle, Indiana, in Putnam County. Marker is at the intersection of South Vine Street and East Washington Street (U.S. 231), on the right when traveling south on South Vine Street. Located on "Heritage Wall" in the lower row - - first from the left end. Touch for map. Marker is in this post office area: Greencastle IN 46135, United States of America. Touch for directions. 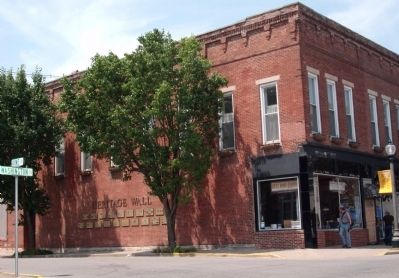 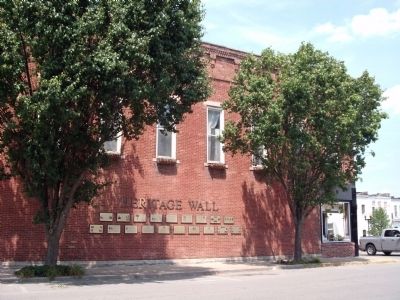