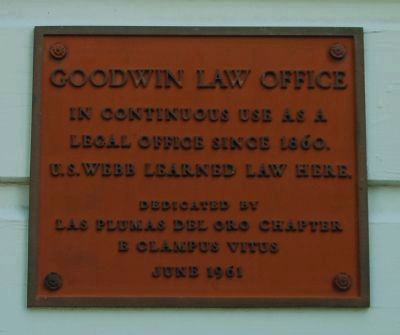 By Barry Swackhamer, May 29, 2012
1. Goodwin Law Office Marker
Inscription.
Goodwin Law Office. . , In continuous use as a legal office since 1890. , U.S. Webb learned law here. . This historical marker was erected in 1961 by E Clampus Vitus, Las Plumas del Oro Chapter No. 8. It is in Quincy in Plumas County California

In continuous use as a legal office since 1890.
U.S. Webb learned law here.

Topics and series. This historical marker is listed in this topic list: Notable Buildings. In addition, it is included in the E Clampus Vitus series list. A significant historical year for this entry is 1890. 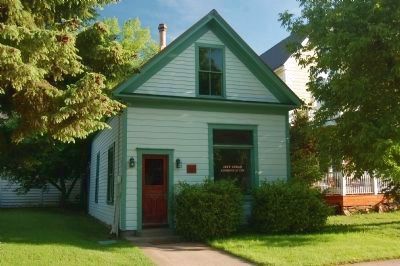