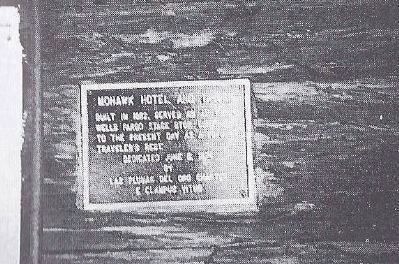 By E Clampus Vitus Plaques Book 1930-1995
1. Mohawk Hotel and Tavern Marker
Inscription.
Mohawk Hotel and Tavern. . Built in 1862, served as an early Wells Fargo Stage Stop, continuing to the present day as a popular traveller’s rest. . This historical marker was erected in 1974 by E Clampus Vitus, Las Plumas del Oro Chapter No. 8. It is in Graeagle in Plumas County California

Built in 1862, served as an early Wells Fargo Stage Stop, continuing to the present day as a popular traveller’s rest.

Topics and series. This historical marker is listed in this topic list: Notable Buildings. In addition, it is included in the E Clampus Vitus series list.

Location. Marker has been reported missing. It was located near 39° 46.713′ N, 120° 38.084′ W. Marker was in Graeagle, California, in Plumas County. Marker could be reached from Graeagle - Johnsville Road near Smith Lake Road. Touch for map. Marker was at or near this postal address: 1041 Graeagle - Johnsville Road, Blairsden-Graeagle CA 96103, United States of America. Touch for directions. 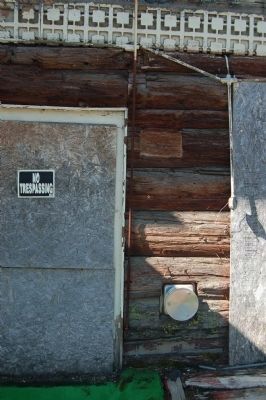 More about this marker. This marker is missing, and has been for some time. The Mohawk Hotel and Tavern is closed. 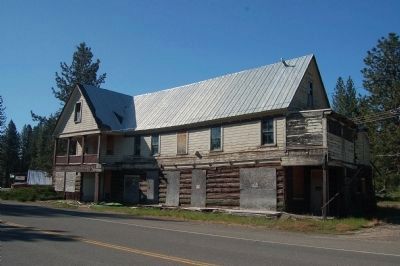 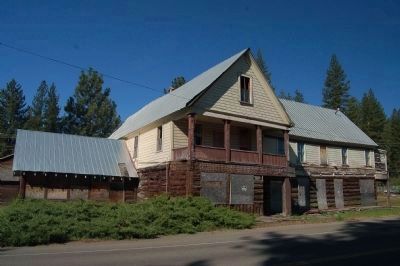 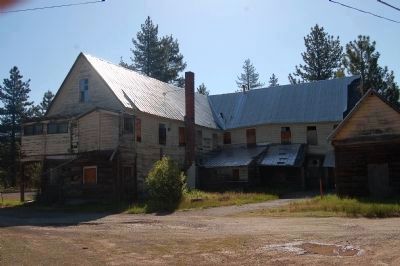