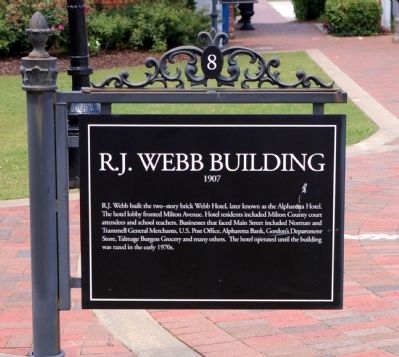 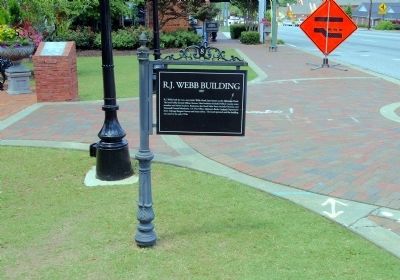 More about this marker. The marker is part of the Alpharetta “History Walk,” a walking tour of historic sites in the city. The area where the building stood is now a park. 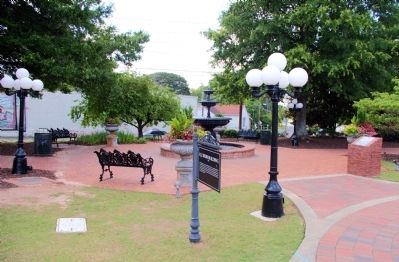