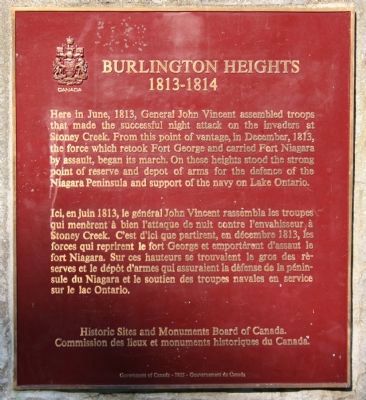 [English Text]:
Here in June, 1813, General John Vincent assembled troops that made the successful night attack on the invaders at Stoney Creek. From this point of vantage, in December, 1813, the force which retook Fort George and carried Fort Niagara by assault, began its march. On these heights stood the strong point of reserve and depot of arms for the defence of the Niagara Peninsula and support of the navy on Lake Ontario.

Topics and series. This historical marker is listed in these topic lists: Forts and Castles 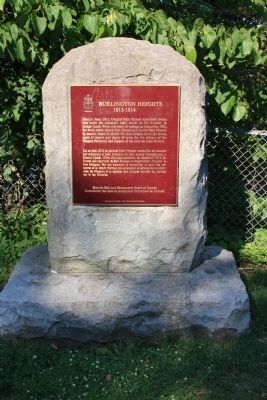 Click or scan to see
this page online
• War of 1812. In addition, it is included in the Canada, Historic Sites and Monuments Board series list. A significant historical month for this entry is June 1813. 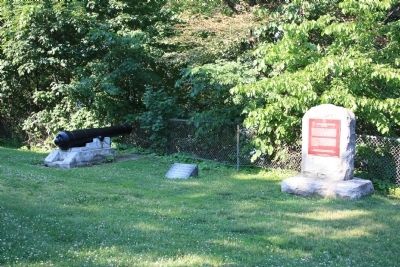