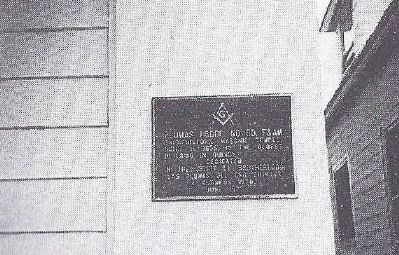 Photographed By E Clampus Vitus Plaques Book 1930-1995, n/a
1. Plumas Lodge No. 60 F&AM Marker
This marker is missing
Inscription.
Plumas Lodge No. 60 F&AM. . This historic Masonic Temple built in 1855 is the oldest building in Quincy. . This historical marker was erected in 1972 by E Clampus Vitus, Las Plumas del Oro Chapter No. 8. It is in Quincy in Plumas County California

This historic Masonic Temple built in 1855 is the oldest building in Quincy.

Topics and series. This historical marker is listed in this topic list: Fraternal or Sororal Organizations. In addition, it is included in the E Clampus Vitus series list. A significant historical year for this entry is 1855.

Location. Marker has been reported missing. It was located near 39° 56.165′ N, 120° 56.794′ W. Marker was in Quincy, California, in Plumas County. Marker could be reached from Harbison Street south of West Main Street (California Highway 89), on the left when traveling south. Touch for map. Marker was at or near this postal address: 56 Harbison Street, Quincy CA 95971, United States of America. Touch for directions. 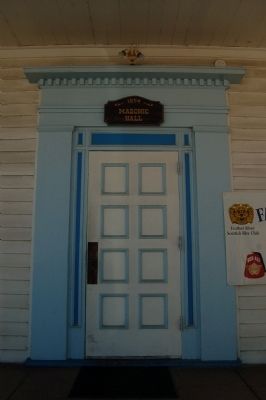 More about this marker. This marker is missing and has been for a while. This marker was located on the Masonic Lodge on Harbison Street, between Main and Jackson Street. 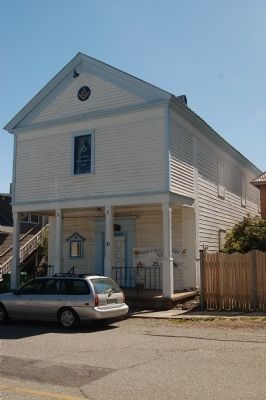