The First Church in Kenosha 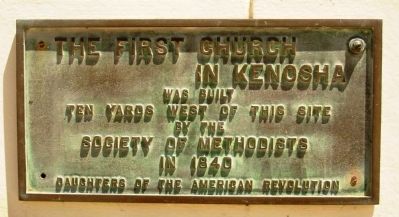 Topics and series. This historical marker is listed in this topic list: Churches & Religion. In addition, it is included in the Daughters of the American Revolution (DAR) series list. A significant historical year for this entry is 1840.

Location. 42° 34.939′ N, 87° 49.076′ W. Marker is in Kenosha, Wisconsin, in Kenosha County. Marker is at the intersection of 6th Avenue and 59th Street, on the right when traveling north on 6th Avenue. Marker is located on the northwest corner of the Dayton Hotel, now known as the Dayton Residential Care Facility. Touch for map. Marker is at or near this postal address: 521 59th St, Kenosha WI 53140, United States of America. Touch for directions. 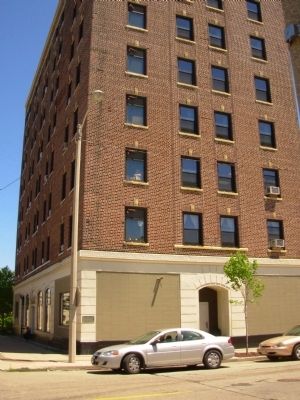 Photographed By Paul Fehrenbach, June 25, 2012
2. The First Church in Kenosha Marker
located on the northwest corner of the Dayton.