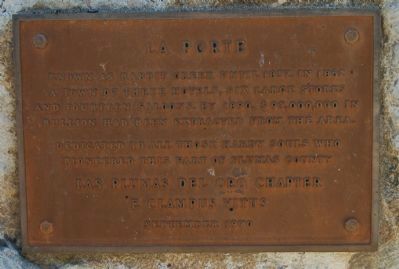 Photographed By Barry Swackhamer, May 29, 2012
1. La Porte Marker
Inscription.
La Porte. . Known as Rabbit Creek until 1857. In 1862 a town of three hotels, six large stores and fourteen saloons. By 1890, $93,000,000 in bullion had been extracted from the area., Dedicated to all those hardy souls who pioneered this part of Plumas County. . This historical marker was erected in 1970 by E Clampus Vitus, Las Plumas del Oro Chapter No. 8. It is in La Porte in Plumas County California

Dedicated to all those hardy souls who pioneered this part of Plumas County.

Topics and series. This historical marker is listed in this topic list: Settlements & Settlers. In addition, it is included in the E Clampus Vitus series list. A significant historical year for this entry is 1857.

Location. 39° 41.048′ N, 120° 59.317′ W. Marker is in La Porte, California, in Plumas County. Marker is at the intersection of Main Street and Mooreville Road on Main Street. Touch for map. Marker is at or near this postal address: 2140 Main Street, Strawberry Valley CA 95981, United States of America. Touch for directions. 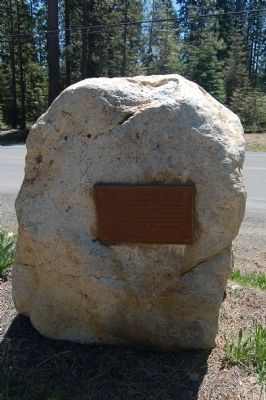 Also see . . .  La Porte - Gold Districts of California. The streams were placer-mined early in the gold rush and were reported to have had very rich yields. The town, first known as Rabbit Creek, was renamed in 1857 after La Porte, Indiana. (Submitted on June 12, 2012, by Barry Swackhamer of Brentwood, California.) 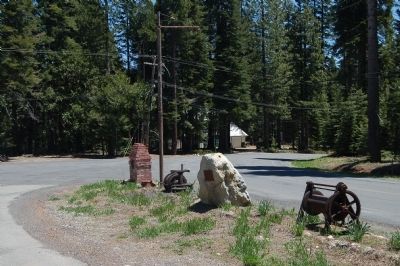