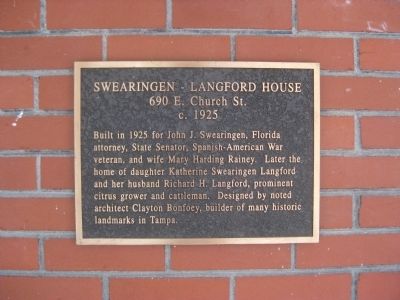 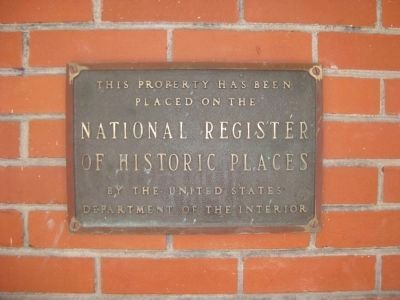 Regarding Swearingen - Langford House. The home is a two-story, red brick, Colonial revival structure with a large ionic portico. It was listed with the National Register of Historic Places under the name "John J. Swearingen House" in 1982 (ref #82002379), and became a Contributing Property to the Northeast Bartow Residential District when the district was added to the National Register in 1993.

The home is a private residence. 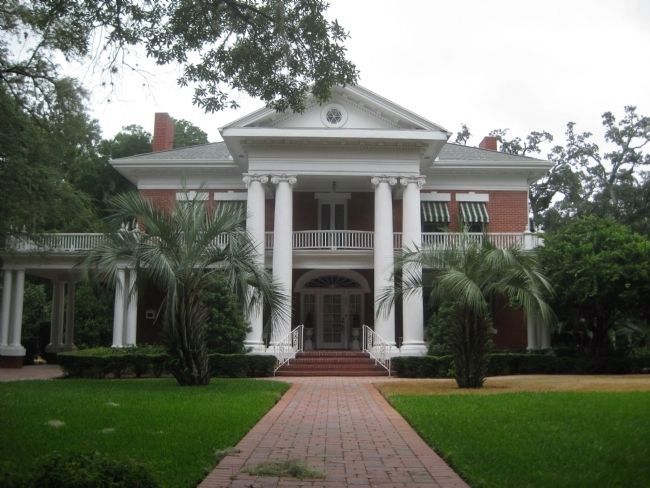 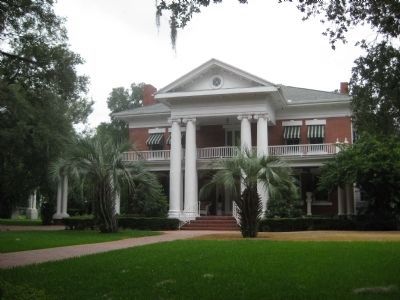