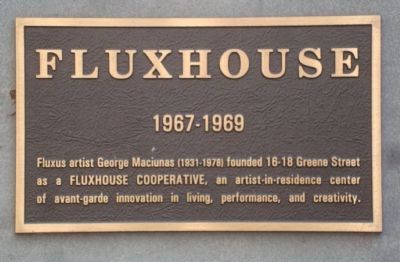 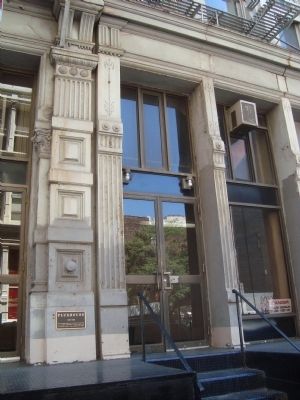 Photographed By Barry Swackhamer, May 13, 2012
2. Fluxhouse Marker
The marker is to the lower, left of the doors.

Click or scan to see
this page online
was a Lithuanian-American artist, known as a founding member of the Fluxus community of artists, architects, writers, musicians, and designers. His main goals were simplicity and fun. (Submitted on June 30, 2012, by Barry Swackhamer of Brentwood, California.) 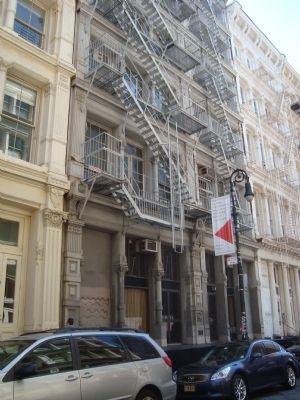