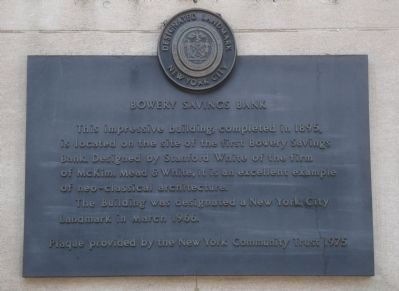 The Building was designated a New York City Landmark in March 1966. . This historical marker was erected in 1975 by New York Community Trust. It is in New York in New York County New York

This impressive building, completed in 1895, is located on the site of the first Bowery Savings Bank. Designed by Stanford White of the firm of McKim, Mead & White, it is an excellent example of neo-classical architecture.

The Building was designated a New York City Landmark in March 1966.

Topics. This historical marker is listed in these topic lists: Industry & Commerce • Notable Buildings. A significant historical month for this entry is March 1966. 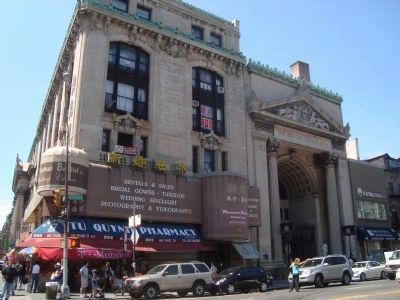 Photographed By Barry Swackhamer, May 13, 2012
2. Bowery Savings Bank Marker
The marker is to the left of the woman trying to hail a taxi.

Also see . . .
1. Bowery Savings Bank - New York Architecture. Stanford White, one of America’s most prominent architects, was born in 1853. His creativity, talent and versatile draftsmanship were responsible for the foundation in the 1880’s of one of the country’s most prestigious architectural firms, McKim, Mead and White. (Submitted on June 30, 2012, by Barry Swackhamer of Brentwood, California.) 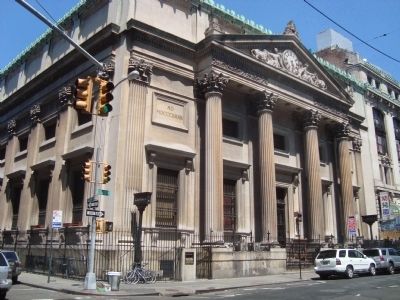