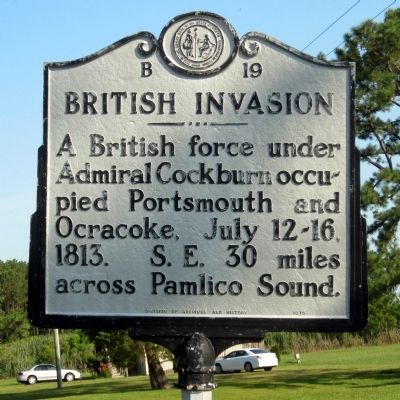 Photographed By Bernard Fisher, June 28, 2012
1. British Invasion Marker
Inscription.
British Invasion. . A British force under Admiral Cockburn occupied Portsmouth and Ocracoke, July 12-16, 1813. S.E. 30 miles across Pamlico Sound. . This historical marker was erected in 1975 by Division of Archives and History. It is in Swan Quarter in Hyde County North Carolina

Erected 1975 by Division of Archives and History. (Marker Number B-19.)

Topics and series. This historical marker is listed in this topic list: War of 1812. In addition, it is included in the North Carolina Division of Archives and History series list. A significant historical date for this entry is July 12, 1893.

Other nearby markers. At least 2 other markers are within 10 miles of this marker, measured as the crow flies. Mattamuskeet (approx. 7.2 miles away); Mattamuskeet Nat'l Wildlife Refuge (approx. 9½ miles away). 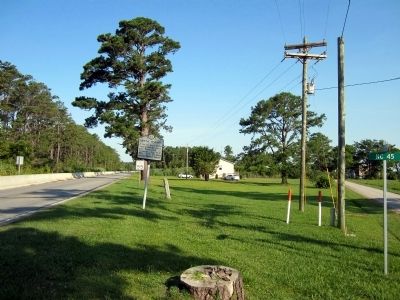