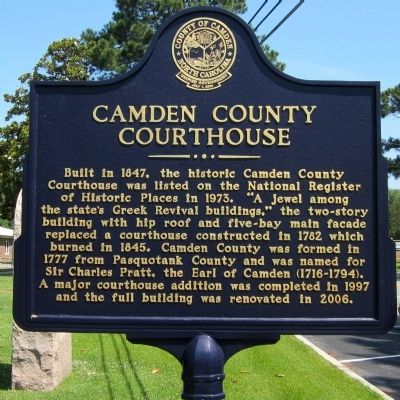 Built in 1847, the historic Camden County Courthouse was listed on the National Register of Historic Places in 1973. "A jewel among the state's Greek Revival buildings," the two-story building with hip roof and five-bay main facade replaced a courthouse constructed in 1782 which burned in 1845. Camden County was formed in 1777 from Pasquotank County and was named for Sir Charles Pratt, the Earl of Camden (1716-1794). A major courthouse addition was completed in 1997 and the full building was renovated in 2006. 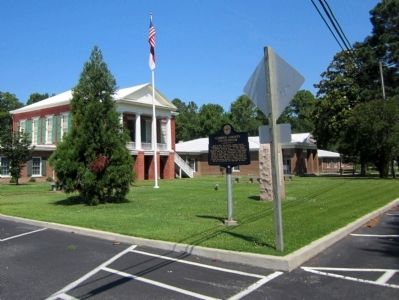 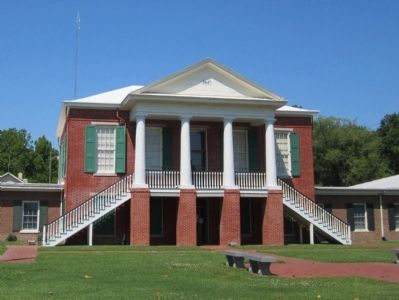