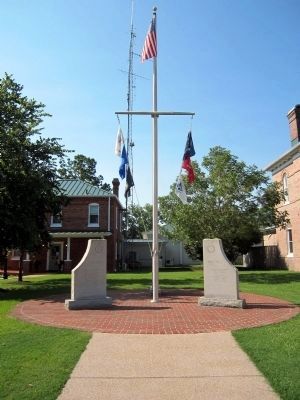 This memorial dedicated by the people of Tyrrell County in recognition of the service of its men and women in the Armed Forces of the United States of America in World War I, World War II, Korea and Vietnam and in Memory of those who died in these conflicts. 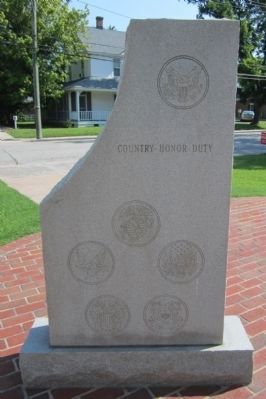 Erected 1985 by People of Tyrrell County. 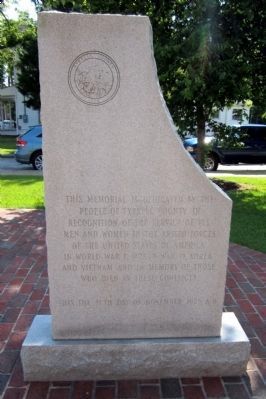 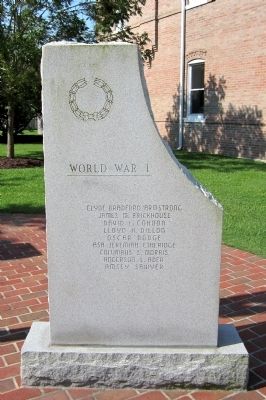 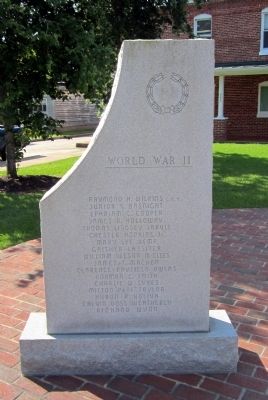 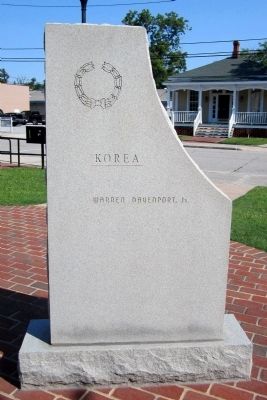 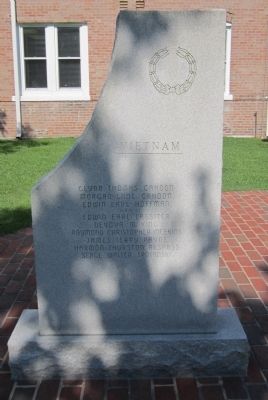