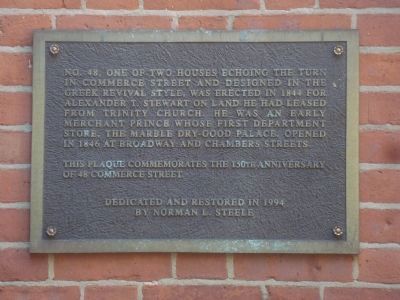 No. 48, one of two houses echoing the turn in Commerce Street and designed in the Greek Revival style, was erected in 1844 for Alexander T. Stewart on land he had leased from Trinity Church. He was an early merchant prince whose first department store, the Marble Dry-Good Palace, opened in 1846 at Broadway and Chambers Streets.
This plaque commemorates the 150th anniversary of 48 Commerce Street
Dedicated and restored in 1994 by Norman L. Steele 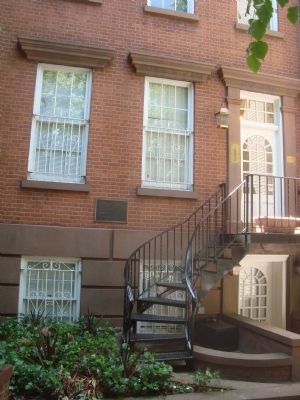