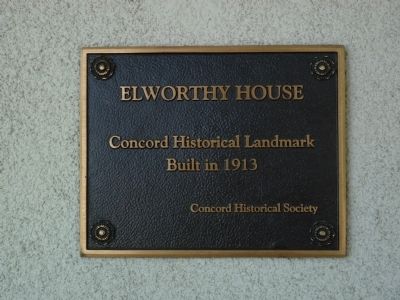 Topics. This historical marker is listed in this topic list: Notable Places. A significant historical year for this entry is 1913.

Location. 37° 58.811′ N, 122° 1.929′ W. Marker is in Concord, California, in Contra Costa County. Marker is at the intersection of East Street and Pacheco Street, on the right when traveling north on East Street. Touch for map. Marker is at or near this postal address: 2118 East Street, Concord CA 94520, United States of America. Touch for directions.

Regarding Elworthy House. The house was built in 1912-13 for Herbert 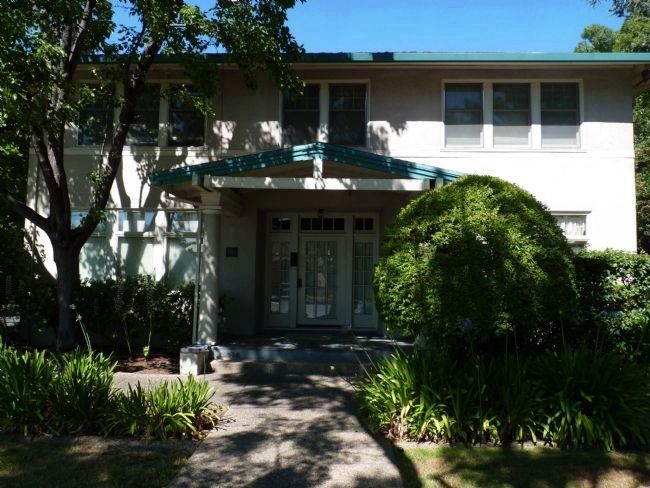 Concord Historical Society, circa July 12, 2012
2. Elworthy House
The marker is visible mounted on the wall to the left of the entrance door.

Click or scan to see
this page online
H. Elworthy, then Mayor of Concord, his wife Annie (Brawand) Elworthy, and their four sons. (Herbert Elworthy was born in England in 1863, reared and educated in Canada, and came to California in 1881. He and Joseph Boyd were instrumental in getting the vote in favor of incorporation in 1905 by rounding up and getting all the drifters and transients to the polls thus obtaining a small two-vote victory.)