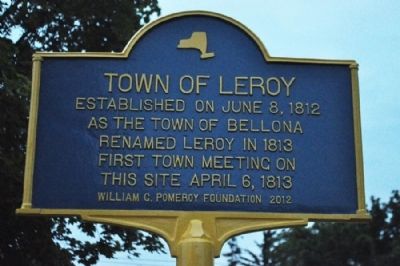 Photographed By Yugoboy, June 29, 2012
1. Town of LeRoy Marker
Inscription.
Town of LeRoy. . Established on June 8, 1812 as the town of Bellona Renamed Le Roy in 1813 First town meeting on this site April 6, 1813 . This historical marker was erected in 2012 by William C. Pomeroy Foundation. It is in LeRoy in Genesee County New York

Topics and series. This historical marker is listed in this topic list: Settlements & Settlers. In addition, it is included in the William G. Pomeroy Foundation series list. A significant historical month for this entry is April 1805.

Location. 42° 58.66′ N, 77° 59.186′ W. Marker is in LeRoy, New York, in Genesee County. Marker is at the intersection of East Main Street and Trigon Park, on the right when traveling east on East Main Street. Next to this marker are a couple war memorials. Photos are included here. One is a traditional monument with a statue, honoring the veterans of the Civil War and the War of 1812. The second one honors the veterans of WWII. Touch for map. Marker is in this post office area: Le Roy NY 14482, United States of America. Touch for directions. 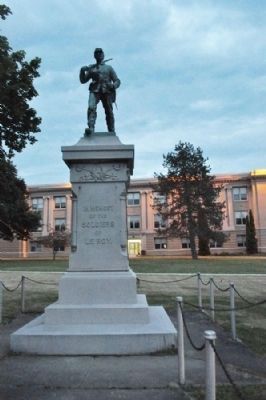 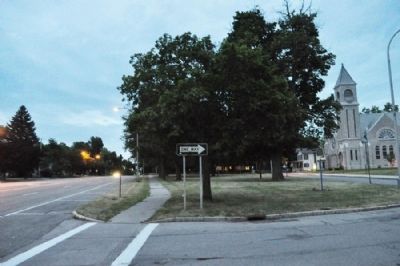 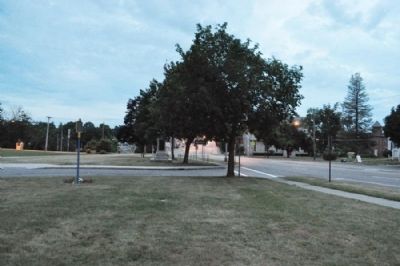 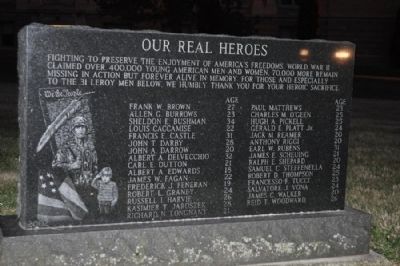