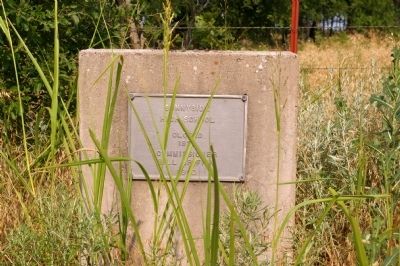 Erected 1990 by Jefferson County, Oklahoma, Board of County Commissioners.

More about this marker. Depending on the time of year, the marker may be obscured by weeds. Team Blakelylaw's photos were taken the 3rd day of June, and you can see how overgrown the area is already. We suspect it gets much worse over the summer.

Regarding Sunnyside High School. This has got to be Team Blakelylaw's coolest find since we started documenting the world here and at other, similar sites! We had just left another cemetery, were just getting ready to turn a corner literally in the middle of nowhere, & spotted this marker in the middle of the weeds & overgrowth. Jackpot! Mrs. Team Blakelylaw had driven the area backroads for almost 12 years & had never seen anything like this.

We could find out very little about the school referred to in the marker. There is no town of Sunnyside 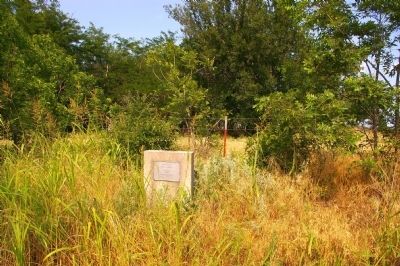 By M. Blakelylaw, June 3, 2012
2. Sunnyside High School Marker
in the vicinity & never had been as far as we know. The only mention we found in official state records was in a study/survey done for the Oklahoma Historical Society by the Museum of the Great Plains regarding the rural schools of southwest Oklahoma. Apparently this little school district existed for only a very few years, from about 1923 until 1929.