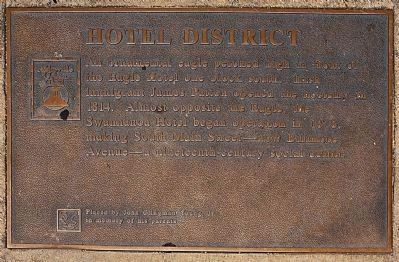 Topics. This historical marker is listed in this topic list: Notable Buildings. A significant historical year for this entry is 1814. 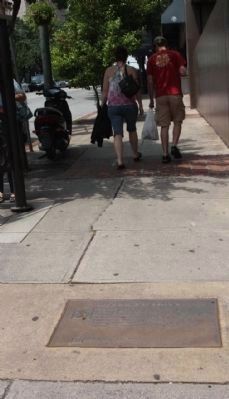 Regarding Hotel District. James Patton, the developer and namesake of Asheville's first east-west road through what is today downtown Asheville, established the Eagle Hotel in the early 1820s a short distance from Pack Square. The Eagle Hotel was described as Asheville's first “luxury” hotel. Originally of frame construction, Patton’s three-story Eagle Hotel was eventually enlarged by a brick addition and, thus, is often referred to as a brick hotel.
At the forefront of this building boom was the construction of the Grand Central Hotel, followed by the 1880 opening of the four-story brick Swannanoa Hotel boasting Asheville's first bathroom. 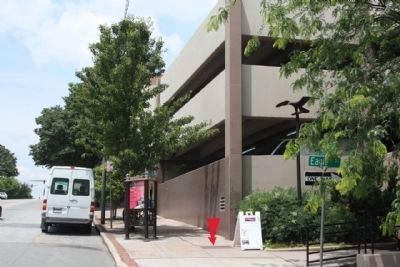 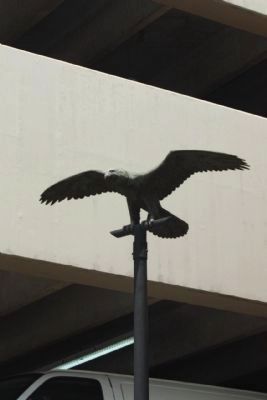 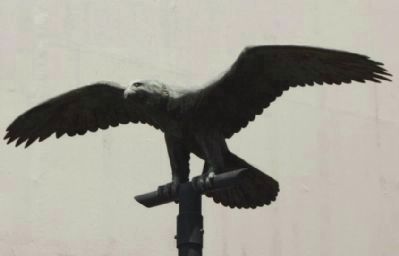