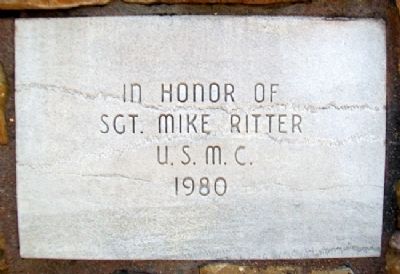 Location. 37° 25.122′ N, 95° 40.78′ W. Marker is in Neodesha, Kansas, in Wilson County. Marker is at the intersection of 5th Street and Indiana Street, on the right when traveling north on 5th Street. Marker is on the grounds of the Neodesha Arts Center. Touch for map. Marker is at or near this postal address: 200 North 5th Street, Neodesha KS 66757, United States of America. Touch for directions.

Other nearby markers. At least 8 other markers are within 2 miles of this marker, measured as the crow flies. World War II Memorial (within shouting distance of this marker); Soldiers of the World War (within shouting distance of this marker); Brown Hotel (about 600 feet away, measured in a direct line); Norman No. 1 (approx. 0.3 miles away); Actual Site of Norman No. 1 (approx. half a mile away); Opening of the Mid-Continent Oil Field (approx. 0.9 miles away); Dutch Lorbeer (approx. 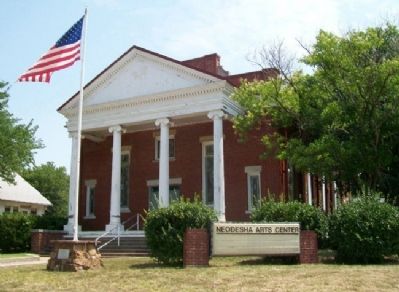