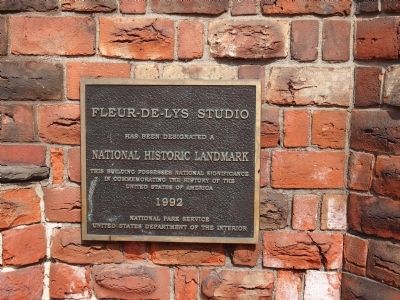 Photographed By Bryan Simmons, July 2012
1. Fleur-De-Lys Studio Marker
Inscription.
Fleur-De-Lys Studio Has been designated a National Historic Landmark This building possesses National Significance in Commemorating the History of the United States of America 1992 National Park Services United States Department of the Interior . This historical marker was erected in 1992 by National Park Services. It is in Providence in Providence County Rhode Island

Topics. This historical marker is listed in this topic list: Arts, Letters, Music. A significant historical year for this entry is 1992. 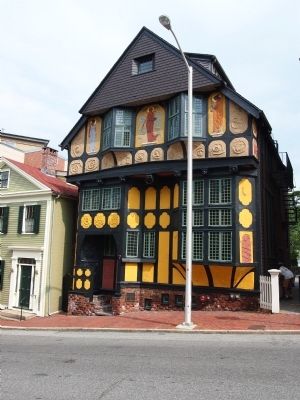 Also see . . .  Historic American Buildings Survey Record for the Fleur-De-Lys Studio: Statement of Significance. The Fleur de Lys Studio, in Providence, Rhode Island was built in 1885. Designed by Sydney Burleigh, an artist and Edmund Wilson, a Beaux Arts trained architect, it is one of the most distinguished examples of a building designed specifically for use as artists studios. The design was inspired by the half timbered stucco houses, such as those of Chester, England and was encouraged by the Arts and Crafts movement. A significant feature of the building is the facade. It was conceived as a giant reredos on which artists Burleigh and John C. Aldrich displayed an exuberant freedom in creating symbols and signs. Growing in intensity from the bottom to the top, seagulls, flowers and proto-Art-Nouveau swirls appear at street level. Shields, letters, and heads fill the middle section and large gowned pre-Raphaelite figures representing 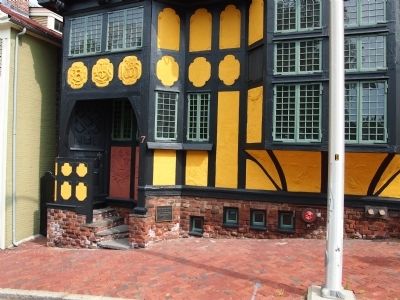 Photographed By Bryan Simmons, July 2012
3. Fleur-De-Lys Studio Marker
painting, sculpture and architecture occupy the gable. The interior contains individual studios and boasts relief sculptures on the stucco plaster walls. Two of the studios are two story spaces with the larger enhanced by a balcony as well as richly detailed fireplace wall. Owned by the Providence Art Club, the Fleur de Lys Studio is still in use by working artists. (Submitted on July 25, 2012.) 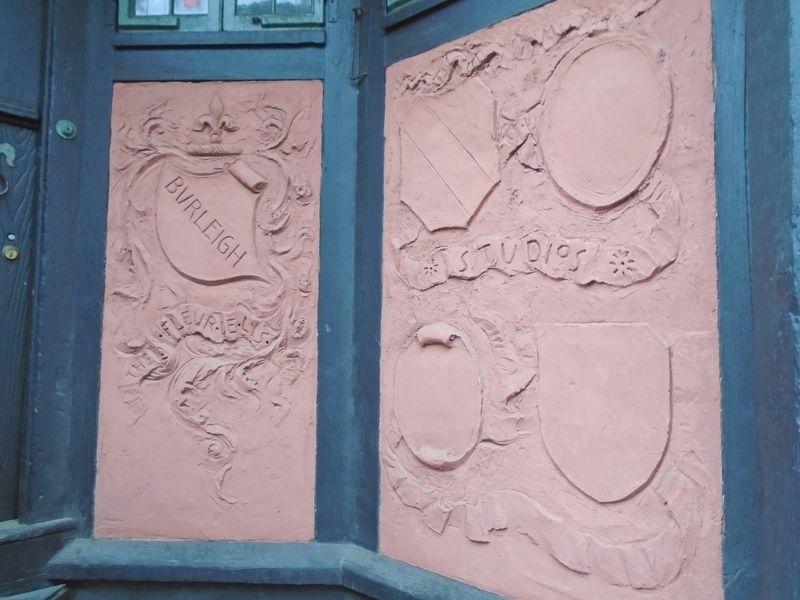