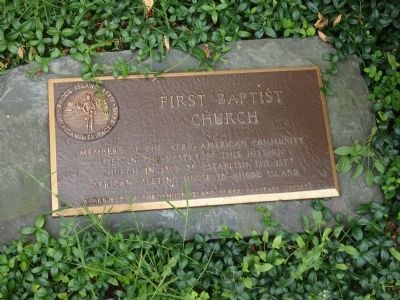 Members of the Afro-American community met in the vestry of this historic church in 1819 to establish the 1st African Meeting House in Rhode Island.

Topics and series. This historical marker is listed in these topic lists: African Americans • Churches & Religion. In addition, it is included in the The Rhode Island Black Heritage Society series list. A significant historical year for this entry is 1819. 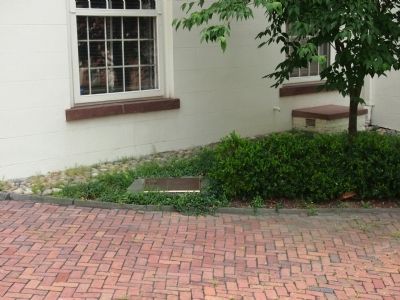 Click or scan to see
this page online
this marker); Steeple Street Complex (about 300 feet away, measured in a direct line); Providence Marine Corps of Artillery (about 300 feet away); The Boys of Adams' Battery "G" (about 300 feet away); State Arsenal 20th Century Wars Memorial (about 400 feet away). Touch for a list and map of all markers in Providence.
Credits. This page was last revised on June 16, 2016. It was originally submitted on July 23, 2012, by Bryan Simmons of Attleboro, Massachusetts. This page has been viewed 514 times since then and 4 times this year. Photos:   1, 2. submitted on July 23, 2012, by Bryan Simmons of Attleboro, Massachusetts. • Bill Pfingsten was the editor who published this page.
Share this page.