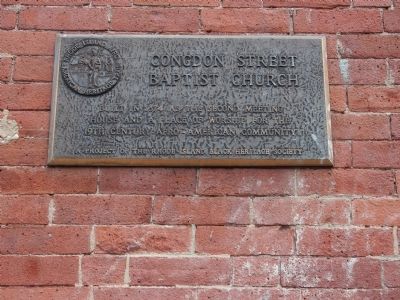 By Bryan Simmons, July 2012
1. Congdon Street Baptist Church Marker
Inscription.
Congdon Street Baptist Church. . Built in 1874 as the second meeting house and a place of worship for the 19th century Afro-American community . This historical marker was erected by The Rhode Island Black Heritage Society. It is in Providence in Providence County Rhode Island

Topics and series. This historical marker is listed in these topic lists: African Americans • Churches & Religion. In addition, it is included in the The Rhode Island Black Heritage Society series list. A significant historical year for this entry is 1874. 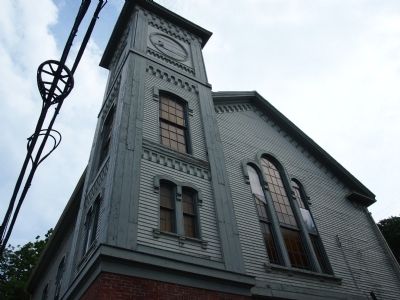