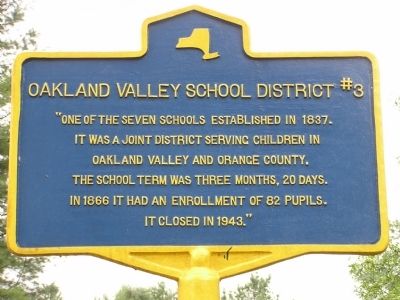 One of the seven schools established in 1837. It was a joint district serving children in Oakland Valley and Orange County. The school term was three months, 20 days. In 1866 it had an enrollment of 82 pupils. It closed in 1943.

Topics. This historical marker is listed in this topic list: Education. A significant historical year for this entry is 1837.