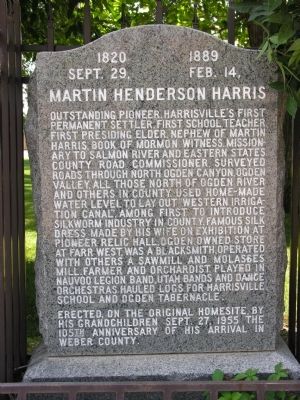 Erected on the original home site by his grandchildren Sept. 27, 1955 the 105th anniversary of his arrival in Weber County.

Click or scan to see
this page online
• Industry & Commerce • Settlements & Settlers. A significant historical date for this entry is September 27, 1955.