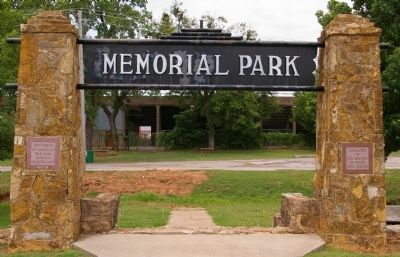 Dedicated to the memory of those who served 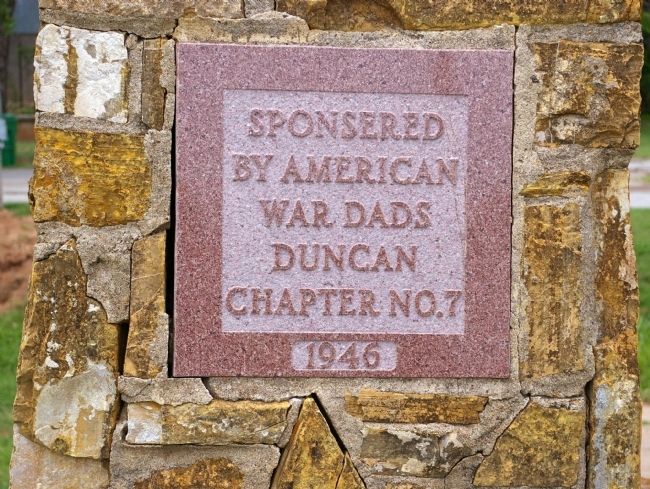 Photographed By M. Blakelylaw, June 3, 2012
2. Memorial Park Gate
This is a close-up of the dedication stone on the left as you face the monument. Notice the mis-spelling.

Click or scan to see
this page online
feet away); POW-MIA (about 800 feet away); Halliburton (approx. ¼ mile away). Touch for a list and map of all markers in Duncan.

Regarding Memorial Park. Team Blakelylaw had never heard of American War Dads prior to coming across this monument. Surprisingly, the organization still exists in local chapters scattered across the country, although it does not seem to have a national organization (at least not one with a web presence). the organization was apparently founded during World War II by fathers with sons in the service as a military support organization. 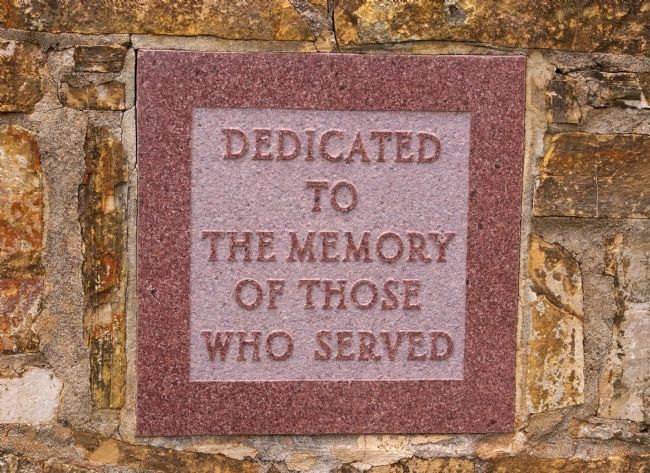 Photographed By M. Blakelylaw, June 3, 2012
3. Memorial Park Gate
This is a close-up of the dedication stone on the right as you look at the gate. 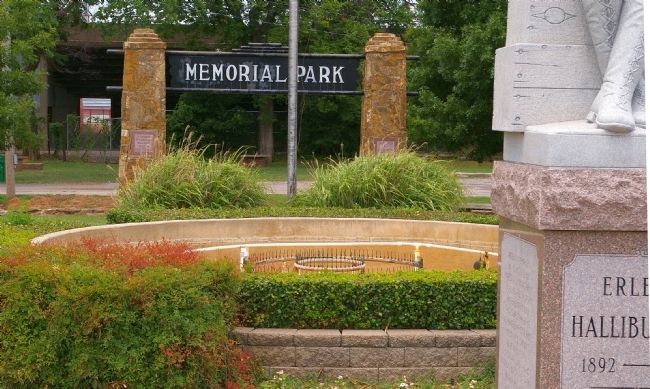