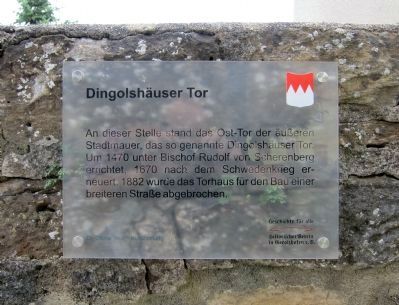 [Marker text translated into English, more or less:]
At this location stood the East Gate of the outer city walls, the so-called Dingolshäuser Gate. Erected about 1470 under Bishop Rudolf von Scherenberg. Renovated 1670 after the Swedish War. In 1882 the gate house was torn down for the construction of a wider roadway.

Erected by The Gerolzhofen Historical Society and the Dr. Ottmar Wolf Cultural Foundation.

Topics. This historical marker is listed in this topic list: Forts and Castles. A significant historical year for this entry is 1470. 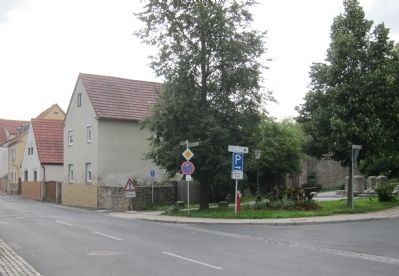 Photographed By Andrew Ruppenstein, July 18, 2012
2. Dingolshäuser Gate Marker - wide view from the southeast
The marker is just barely visible here, to the immediate right of the "!" sign, mounted on the low wall. The marker is one of a series of historical markers put up since 2009 by the local historical society. The markers are printed on translucent plexiglass, which has the advantage of being unobtrusive, but has the disadvantage of being difficult to spot from a distance. 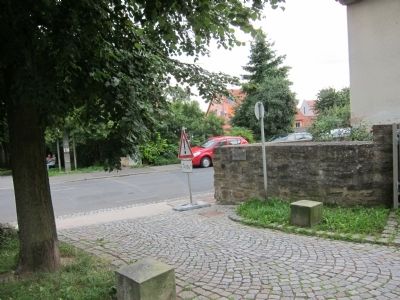 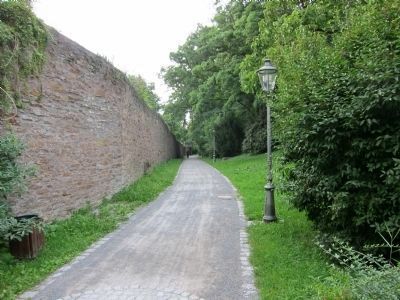 Photographed By Andrew Ruppenstein, July 18, 2012
4. View north along the city wall from the Dingolshäuser Gate
Gerolzhofen has two partially-preserved sets of city walls, an inner- and an outer-wall, both of which ring the city. This is the outer wall, dating from the middle of the 15th Century. 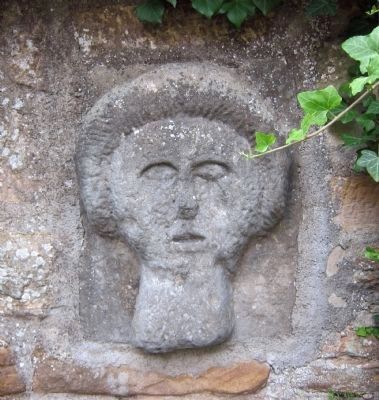 Photographed By Andrew Ruppenstein, July 18, 2012
5. Dingolshäuser Gate city wall - decorative element
Just a few steps north of the marker is this decorative stone figure, set in the city wall. The marker location is a good starting point to explore the city walls, as a greenway extends both north and south from this point, offering a number of interesting things to see. 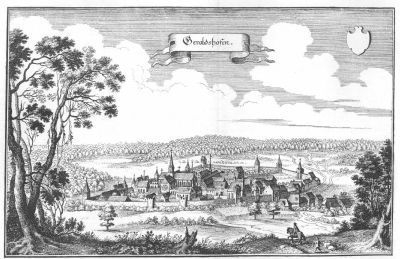