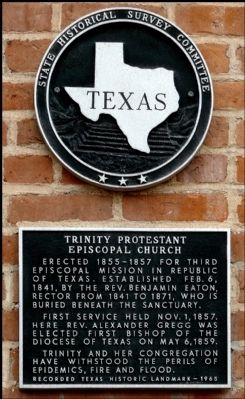 Photographed By Jim Evans, July 29, 2012
1. Trinity Protestant Episcopal Church Marker
Inscription.
Trinity Protestant Episcopal Church. . Erected 1855-1857 for third episcopal mission in Republic of Texas. Established Feb. 6, 1841, by the Rev. Benjamin Eaton, rector from 1841 to 1871, who is buried beneath the sanctuary. , First service held Nov. 1, 1857. Here Rev. Alexander Gregg was elected first bishop of the diocese of Texas on May 6, 1859. , Trinity and her congregation have withstood the perils of epidemics, fire and flood. . This historical marker was erected in 1965 by State Historical Survey Committee. It is in Galveston in Galveston County Texas

Trinity and her congregation have withstood the perils of epidemics, fire and flood.

Topics. This historical marker is listed in this topic list: Churches & Religion. A significant historical month for this entry is May 1822.

Other nearby markers. At least 8 other markers are within walking distance of this marker. Eaton Memorial Chapel (here, next to this marker); The Galveston Movement (about 300 feet away, measured in a direct line); Congregation B'nai Israel Synagogue (about 400 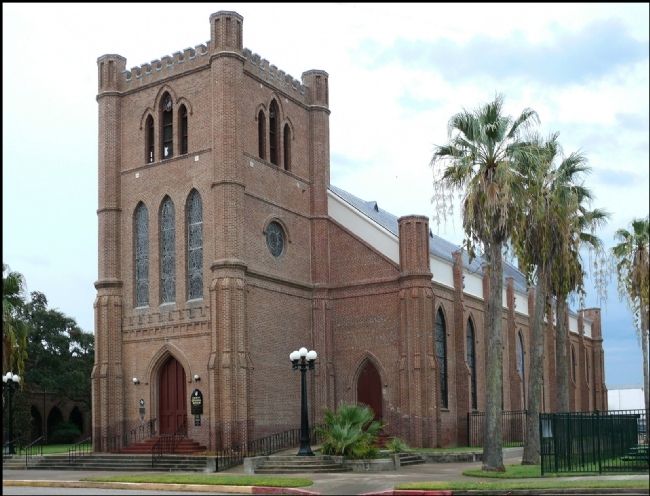 Regarding Trinity Protestant Episcopal Church. This church is on the National Register of Historical Places. 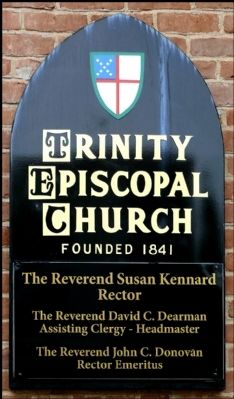 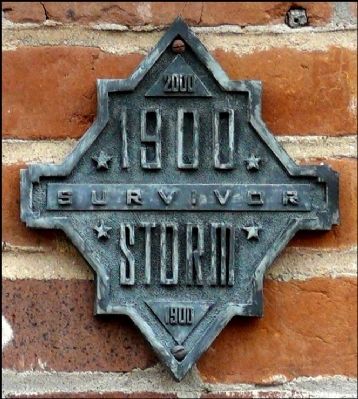 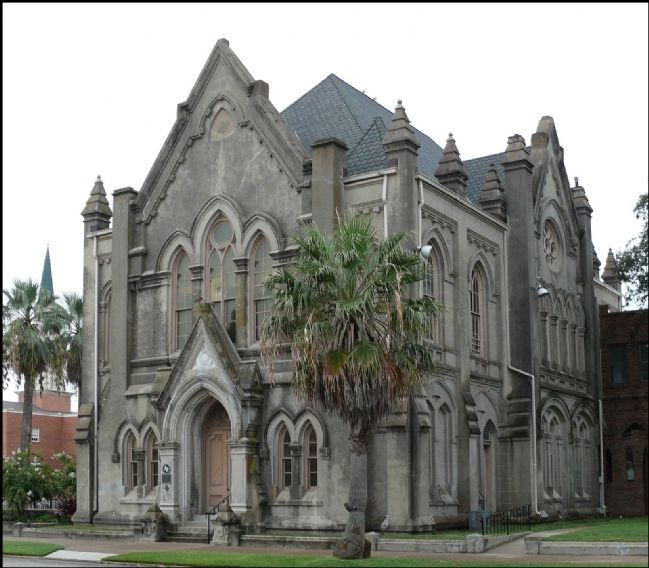