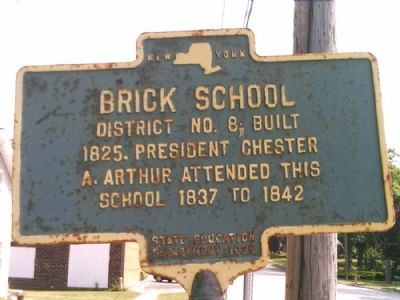 Photographed By Yugoboy, July 17, 2012
1. Brick School Marker
Inscription.
Brick School. . District No. 8; built 1825. President Chester A. Arthur attended this school 1837-1842 . This historical marker was erected in 1939 by State Education Department. It is in York in Livingston County New York

Topics and series. This historical marker is listed in this topic list: Education. In addition, it is included in the Former U.S. Presidents: #21 Chester A. Arthur series list. A significant historical year for this entry is 1825. 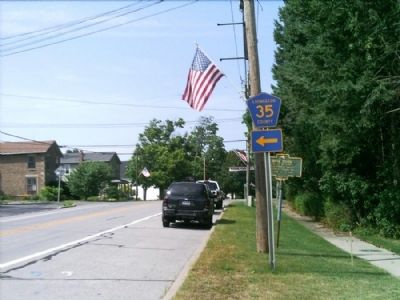 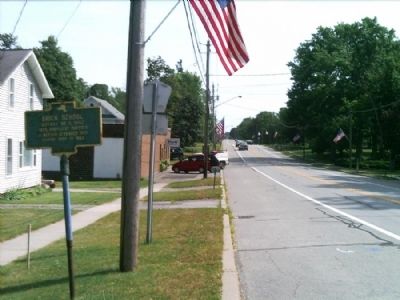