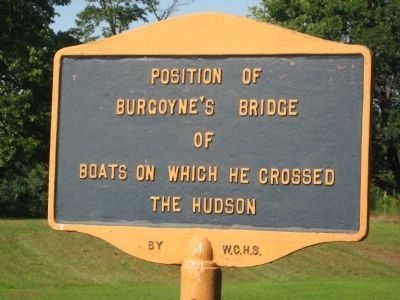 Location. 43° 7.04′ N, 73° 34.492′ W. Marker is in Greenwich, New York, in Washington County. Marker is on Dix Bridge Rd (County Route 70) 0.1 miles west of County Route 113. There is an existing bridge over the river at this spot that has been closed to traffic. Touch for map. Marker is in this post office area: Greenwich NY 12834, United States of America. Touch for directions. 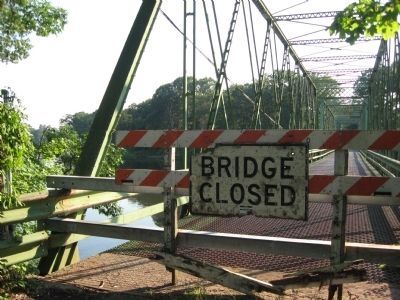 Photographed By Virginia McGreevy, August 3, 2012
2. Position of Burgoyne's Bridge Marker
This bridge crosses the river at the place where Burgoyne's bridge of boats crossed. As you can see, it is now closed to traffic.