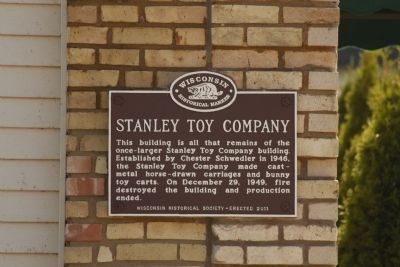 This building is all that remains of the once-larger Stanley Toy Company building. Established by Chester Schwedler in 1946, the Stanley Toy Company made cast-metal horse-drawn carriages and bunny toy carts. On December 29, 1949, fire destroyed the building and production ended.

Topics and series. This historical marker is listed in this topic list: Industry & Commerce. In addition, it is included in the Wisconsin Historical Society series list. A significant historical month for this entry is December 1820.

Location. 44° 53.245′ N, 87° 51.852′ W. Marker is in Oconto, Wisconsin, in Oconto County. Marker is at the intersection of Park Avenue and Main Street, on the right when traveling north on Park Avenue. Marker is a small plaque on the brick building behind "Jerry's Service". Touch for map. Marker is at or near this postal address: 310 Park Ave, Oconto WI 54153, United States of America. Touch for directions.

Other nearby markers. At least 8 other markers are within 2 miles of this marker, measured as the crow flies. Oconto County Veteran's Memorial (approx. 0.2 miles away); Nicholas Perrot (approx. ¼ mile away); George Beyer Home 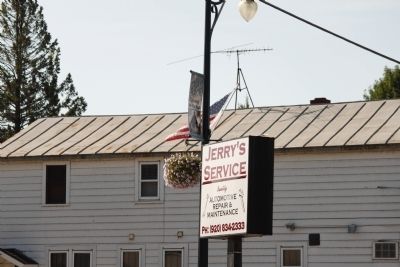 Photographed By Melinda Roberts, August 13, 2012
2. Stanley Toy Company Marker
The marker is just north of the intersection of Main Street, behind Jerry's Service. 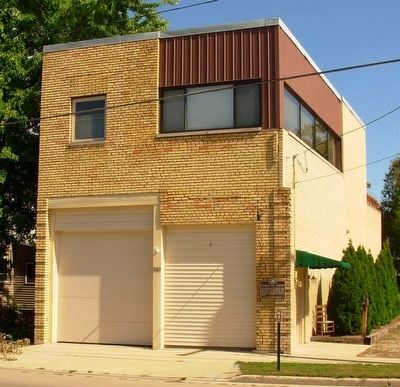