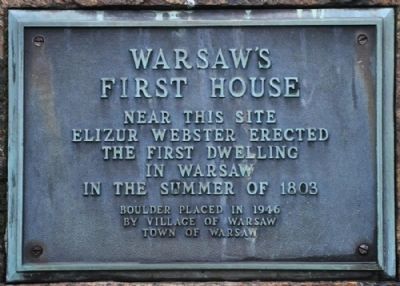 Erected 1946 by Town of Warsaw, Village of Warsaw.

Topics. This historical marker is listed in this topic list: Settlements & Settlers. A significant historical year for this entry is 1803.

Location. 42° 44.332′ N, 78° 7.982′ W. Marker is in Warsaw, New York, in Wyoming County. Marker is on South Main Street (New York State Route 19) just south of Livingston Street, on the right when traveling south. As seen in the photos, this is a plaque on a boulder set back from the road. Touch for map. Marker is in this post office area: Warsaw NY 14569, United States of America. Touch for directions. 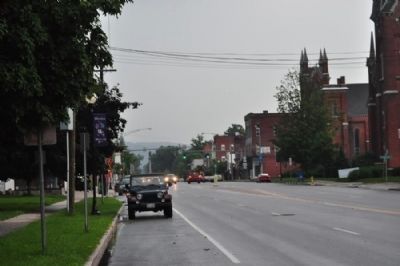 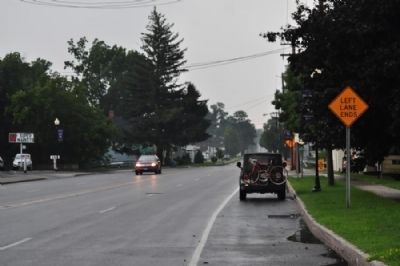 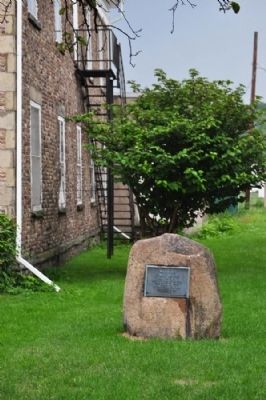