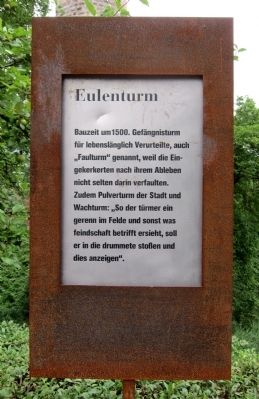 [Marker text translated into English, more or less:]
Built around 1500. A prison tower for those sentenced to life imprisonment. Also called the "Rotting Tower" because prisoners were left to rot after their expiration. It was said of this tower, as well as the city's powder- and watch-towers: "Should the watchman make his rounds and encounter some hostility, he need only to point to these towers".

Topics. This historical marker is listed in this topic list: Forts and Castles. A significant historical year for this entry is 1500. 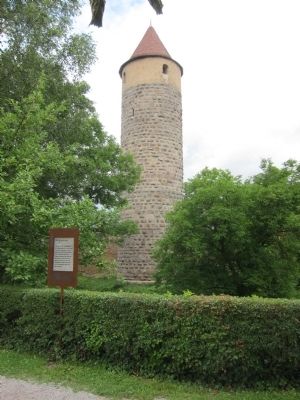 More about this marker. The marker is mounted chest-height on a pole along the greenbelt pathway that follows the outside edge of the moat along the city's walls. There is a parking lot nearby close to the intersection of Einersheimerstrasse and Birkingerstrasse. This view of the tower, from just outside the city walls, may be the closest approach to the tower, as the inside approach to the tower is blocked by a number of houses built up against the city walls. Hence the location of this marker, somewhat removed from its subject. 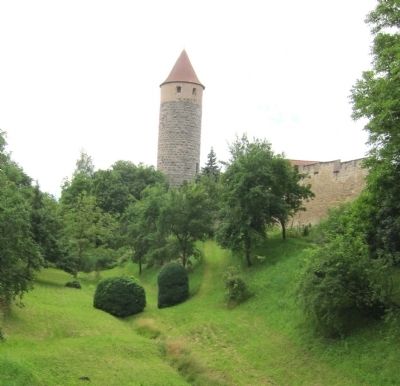