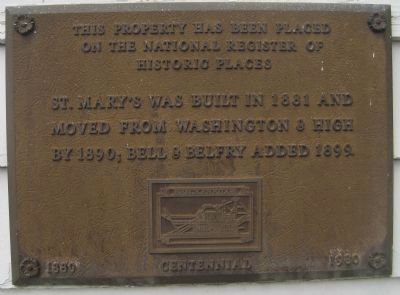 Photographed By Kevin W., July 2, 2012
1. St. Mary's Church Marker
Inscription.
St. Mary's Church. . This property has been placed on the National Register of Historic Places, St. Mary's was built in 1881 and moved from Washington and High By 1890; Bell and Belfry added 1899. . This historical marker was erected in 1980. It is in Breckenridge in Summit County Colorado

Topics. This historical marker is listed in this topic list: Churches & Religion. A significant historical year for this entry is 1881. 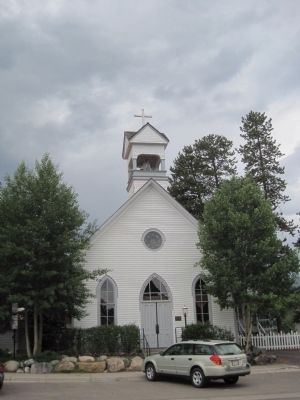 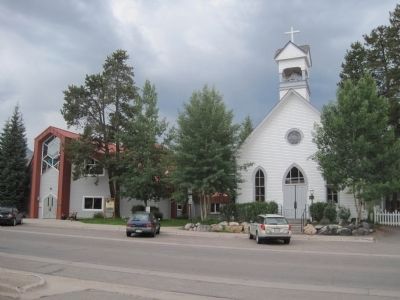