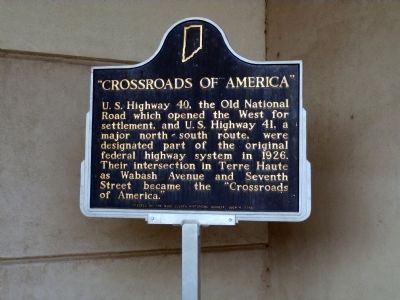 U.S. Highway 40, the old National Road which opened the west for settlement, and U.S. Highway 41, a major north-south route, were designated part of the original federal highway system in 1926. Their intersection in Terre Haute at Wabash Avenue and Seventh Street became the "Crossroads of America."

Topics and series. This historical marker is listed in this topic list: Notable Places. In addition, it is included in the Indiana Historical Bureau Markers series list.

Location. 39° 27.979′ N, 87° 24.502′ W. Marker is in Terre Haute, Indiana, in Vigo County. Marker is on Wabash Avenue west of South 7th Street, on the left when traveling west. Located at "Crossroads Plaza" which is attached to Commerce Plaza. Touch for map. Marker is at or near this postal address: 643 East Wabash Avenue, Terre Haute IN 47801, United States of America. Touch for directions.

Other nearby markers. At least 8 other markers are within walking distance of this marker. Crossroads Plaza (a few steps from this marker); Eddie Taylor (about 300 feet away, measured in a direct 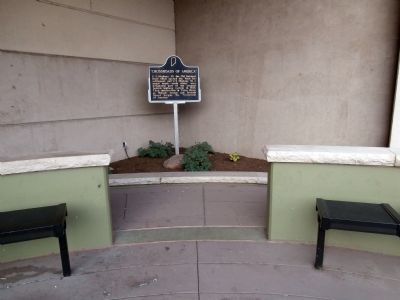 Regarding Crossroads of America. This marker is a recycled old (1988) Indiana State Historical Bureau and placed here (1998) at "Crossroads Plaza". 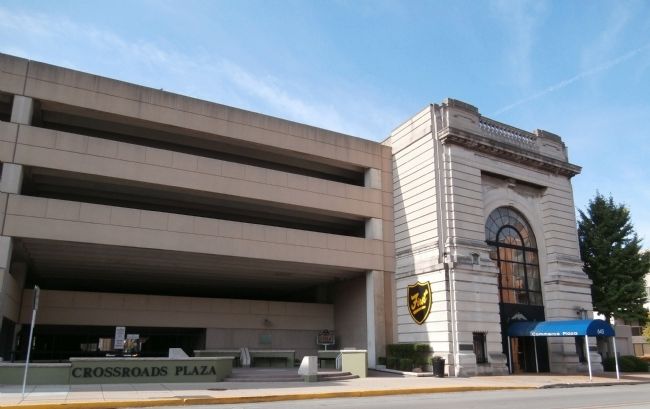 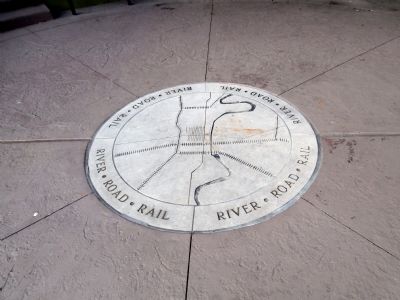 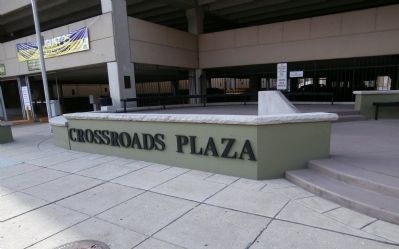 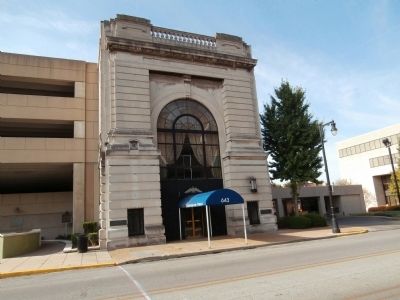