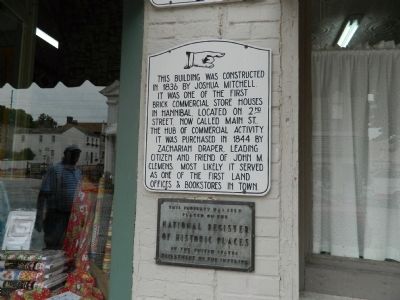 This building was constructed in 1836 by Joshua Mitchell. It was one of the first brick commercial store houses in Hannibal. Located on 2nd Street, now called Main St., the hub of commercial activity. It was purchased in 1844 by Zachariah Draper, leading citizen and friend of John M. Clemens. Most likely it served as one of the first land offices & bookstores in town.
————————————————
This property has been
placed on the
National Register
of Historic Places
by the United States
Department of the Interior

Topics. This historical marker is listed in this topic list: Notable Buildings. A significant historical year for this entry is 1836.

Other nearby markers. At least 8 other markers are within walking distance of this marker. New Cash Store (here, next to this marker); Henry Collins Building 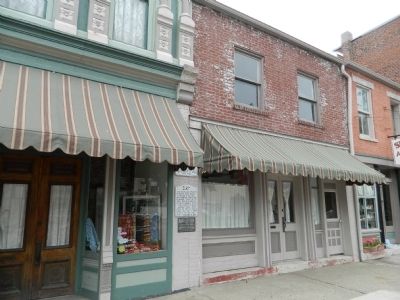