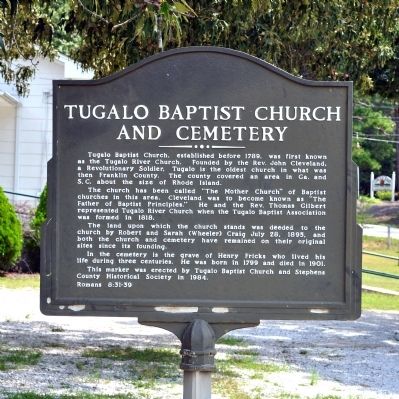 Tugalo Baptist Church, established before 1789, was first known as the Tugalo River Church. Founded by the Rev. John Cleveland, a Revolutionary Soldier, Tugalo is the oldest church in what was then Franklin County. The county covered an area in Ga. and S.C. about the size of Rhode Island.

The church has been called “The Mother Church” of Baptist churches in this area. Cleveland was to become known as “The Father of Baptist Principles.” He and the Rev. Thomas Gilbert represented Tugalo River Church when the Tugalo Baptist Association was formed in 1818.

The land upon which the church stands was deeded to the church by Robert and Sarah (Wheeler) Craig July 28, 1895, and both the church and the cemetery have remained on their original site since its founding.

In the cemetery is the grave of Henry Fricks who lived his life during three centuries. He was born in 1799 and died in 1901.

This marker was erected by the Tugalo Baptist Church and Stephens County Historical Society in 1984. 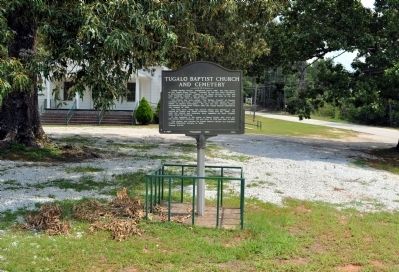 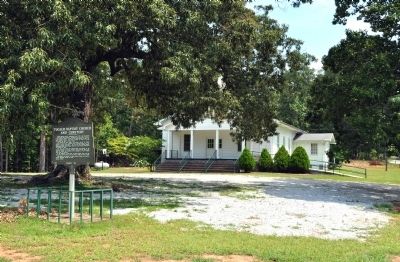 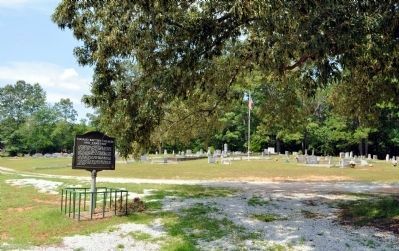 By David Seibert, August 22, 2012
4. Tugalo Baptist Church and Cemetery Marker
The cemetery is in the background. 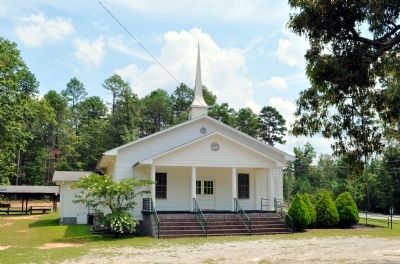 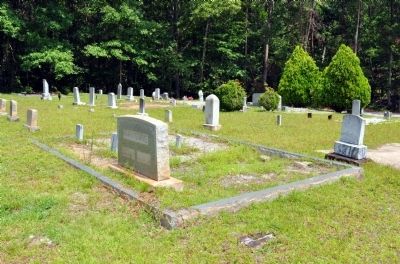