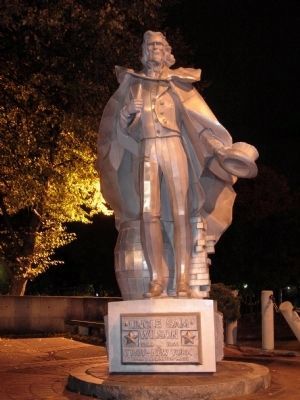 [Back]
Troy's Citizen
America's Uncle
The Big Thing is Not What
Happens to Us in Life - But
What We Do About
What Happens to Us. -Sam Wilson

Topics. This historical marker and monument is listed in these topic lists: Government & Politics • Patriots & Patriotism • War of 1812. A significant historical year for this entry is 1766.

Location. 42° 43.969′ N, 73° 41.406′ W. Marker is in Troy, New York, in Rensselaer County. Marker is at the intersection of River Street (New York State Route 4) and Fulton Street, on the right when traveling south on River Street. The Uncle Sam Monument lends its name to the adjacent Uncle Sam Bus Stop. Touch for map. Marker is in this post office area: Troy NY 12180, United States of America. Touch for directions. 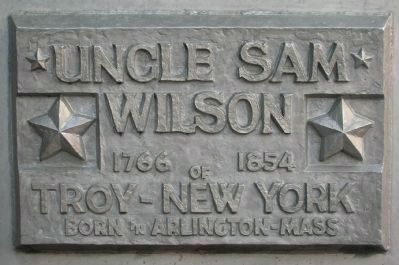 Regarding Uncle Sam Monument. During the War of 1812, Samuel Wilson was a government supplies inspector. All provisions passing his inspection were stencilled 'U.S.,' giving rise to the nickname 'Uncle Sam.' Cartoons depicting 'Uncle Sam' first appeared in 1852. Whiskers and stars were later added. Congress declared 'Uncle Sam' Wilson progenitor of America's national symbol in 1961. He died in 1854 and is buried in Troy's Oakwood Cemetery.

The piece was sculpted by artist George Kratina, of sheet and cast aluminum, and features a full length male figure representing the national symbol, "Uncle Sam," standing atop a square aluminum base that rests on a circular brick base. The figure wears a billowing cape and stands in front of a barrel and a pile of bricks. The barrel represents the barrels Sam Wilson 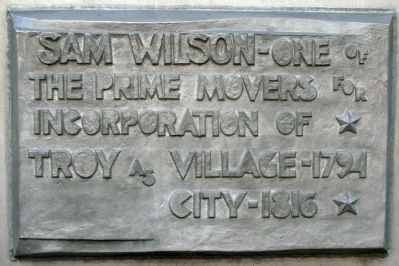 Photographed By Howard C. Ohlhous, July 8, 2008
3. Uncle Sam Monument Marker - Base of Statue - Right
packed with meat for the U.S. Government, and the bricks represent the brick business he operated with his brother that helped to build the city of Troy. He carries a top hat in his proper left hand and he rests his proper right hand on the lapel of his jacket.

Related marker. Click here for another marker that is related to this marker. The Uncle Sam New York State Marker 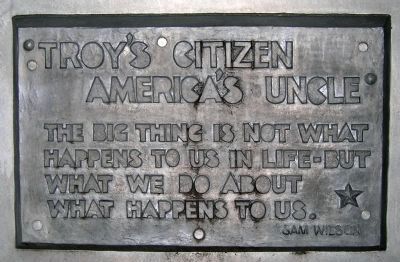 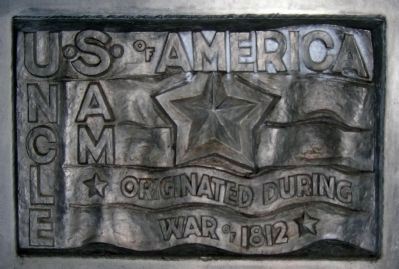 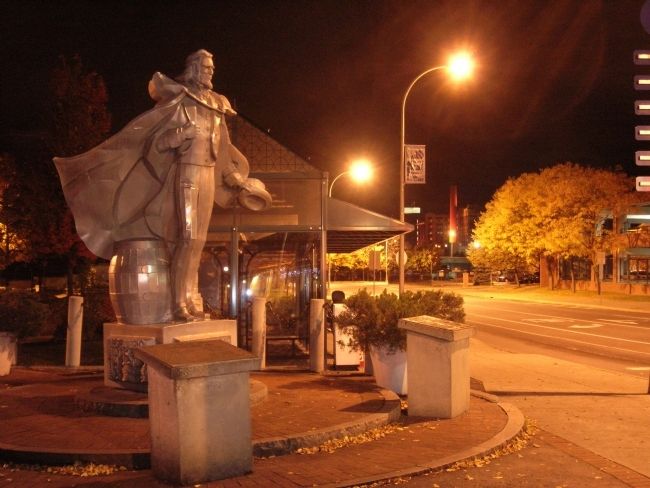 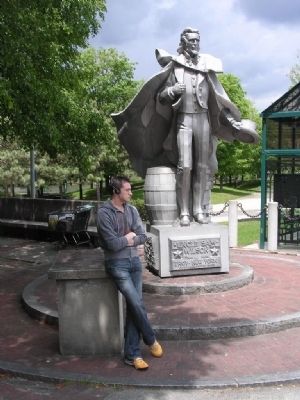 Photographed By Howard C. Ohlhous
7. Waiting for the Bus with Uncle Sam 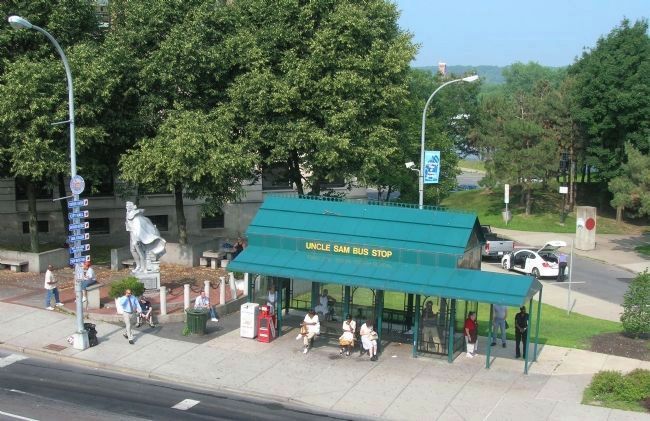 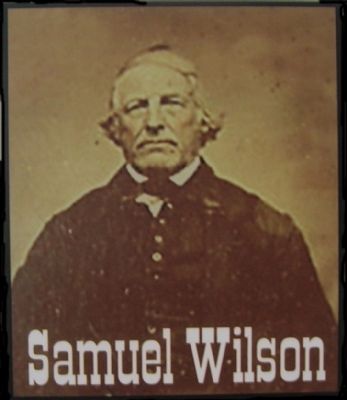 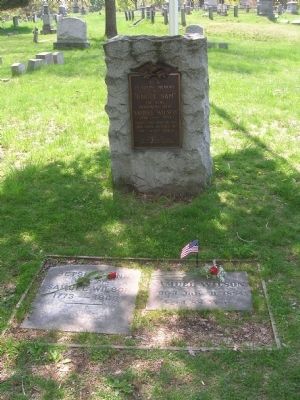 Photographed By Howard C. Ohlhous, May 6, 2008
10. Uncle Sam Monument in Oakwood Cemetery
In 1854, Samuel Wilson died and was buried in Troy’s Mt. Ida Cemetery. In 1858 his son Benjamin bought a plot at Oakwood and Samuel was re-interred at Oakwood. His wife Betsey is beside him. Also three of his children and two of his grandchildren are buried in the Oakwood cemetery. 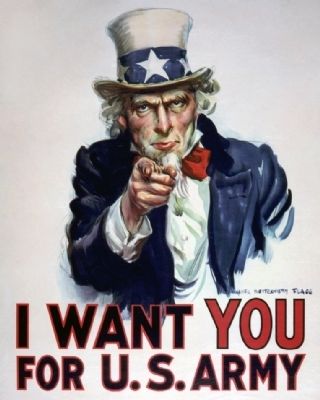