American Beach at the Crossroads 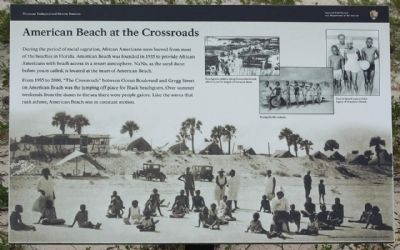 Topics. This historical marker is listed in these topic lists: African Americans • Entertainment. A significant historical year for this entry is 1935. 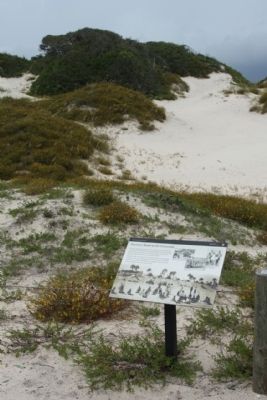 Click or scan to see
this page online
dune. Touch for map. Marker is in this post office area: Fernandina Beach FL 32034, United States of America. Touch for directions.

Regarding American Beach at the Crossroads. American Beach a time in American history when all people were not viewed as equals. Yet this beach
also presents us with memories of family time, enjoyment, and relief from the challenges of the work week.
The story of the beach intertwines with the history of north Florida. The geography of the area provided this
secluded island location for African Americans to enjoy the sun and surf. The history and legacy of African American people—from enslavement to freedom to civil rights—can be learned by visiting more sites in the Timucuan Preserve. 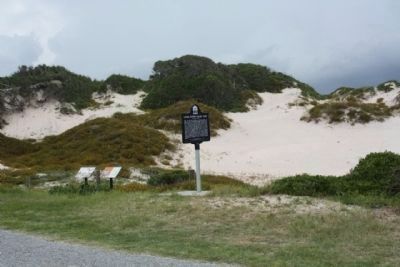 Photographed By Mike Stroud, August 12, 2012
3. American Beach at the Crossroads Marker, seen along Ocean Boulevard
. Throughout the 1930s, 1940s, and 1950s, summers at American Beach were busy with families, churches and children. The beach included hotels, restaurants, bathhouses and nightclubs as well as homes and other businesses. (Submitted on August 29, 2012, by Mike Stroud of Bluffton, South Carolina.) 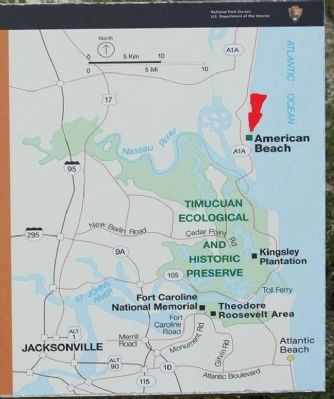 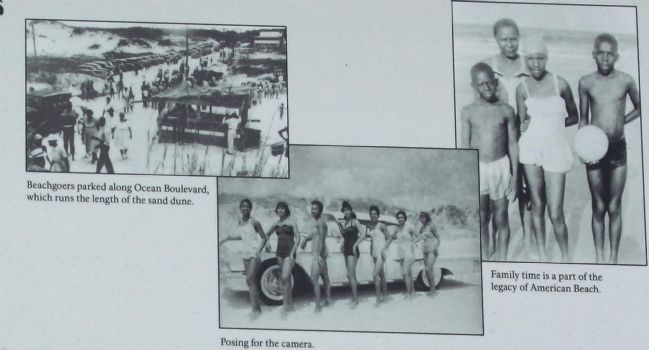 American Beach at the Crossroads Marker, `
5. Pictures included
left: Beachgoers parked along Ocean Boulevard, which runs the length of the sand dune
center: Posing for the camera.
right: Family time is a part of the legacy of American Beach.