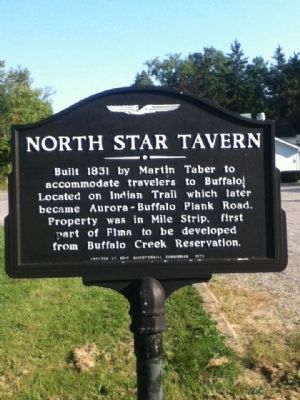 Built 1831 by Martin Taber to accommodate travelers to Buffalo. Located on Indian Trail which later became Aurora-Buffalo Plank Road. Property was in Mile Strip, first part of Elma to be developed from Buffalo Creek Reservation

Topics. This historical marker is listed in this topic list: Landmarks. A significant historical year for this entry is 1831. 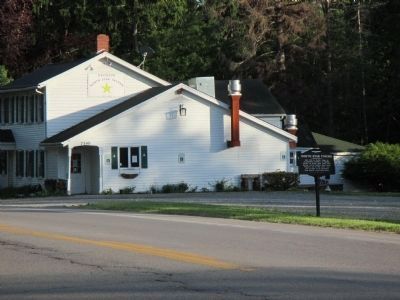 Click or scan to see
this page online
(approx. 2.7 miles away); The Roycroft Shops (approx. 2.8 miles away). Touch for a list and map of all markers in Elma. 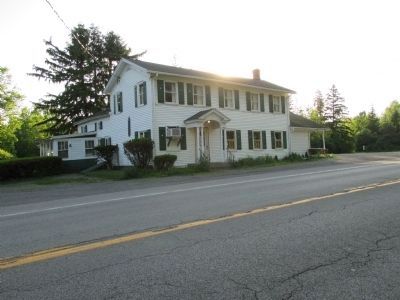