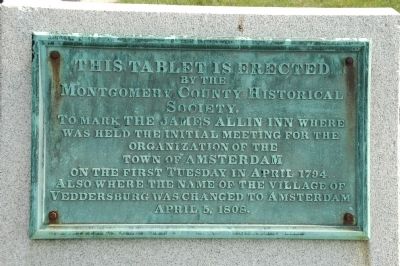 This Tablet is Erected by the Montgomery County Historical Society. To mark The James Allin Inn where was held the initial meeting for the organization of the Town of Amsterdam on the first Tuesday in April 1794. Also where the name of The Village of Veddersburg was changed to Amsterdam April 5, 1808

Topics. This historical marker is listed in these topic lists: Government & Politics • Settlements & Settlers. A significant historical month for this entry is April 1794. 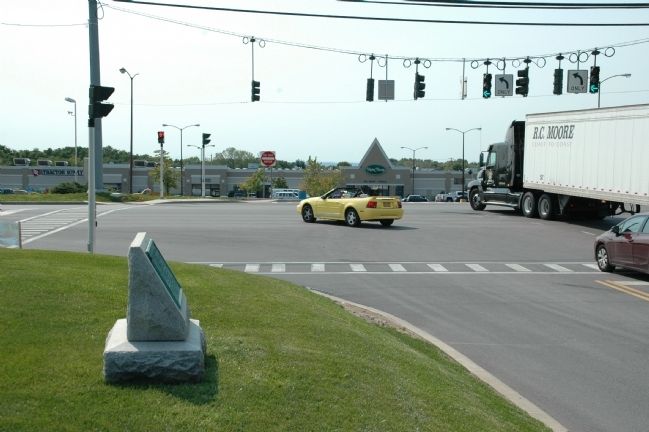