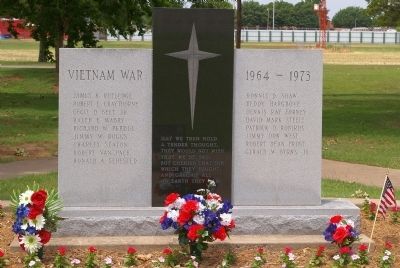 (center panel)
May we then hold a tender thought, they would not wish that we be sad; but cherish that for which they fought, and gave up all on earth they had.

(rear panel)
"Thy will is our peace"
This tribute in loving memory of our sons...The Gold Star Mothers

Click or scan to see
this page online
Duncan's Memorial Park. Touch for map. Marker is in this post office area: Duncan OK 73533, United States of America. Touch for directions.

More about this marker. Most of the monuments dedicated to veterans or wars are located in the park's northern half. The park also contains monuments and memorials dedicated to historic events and people. 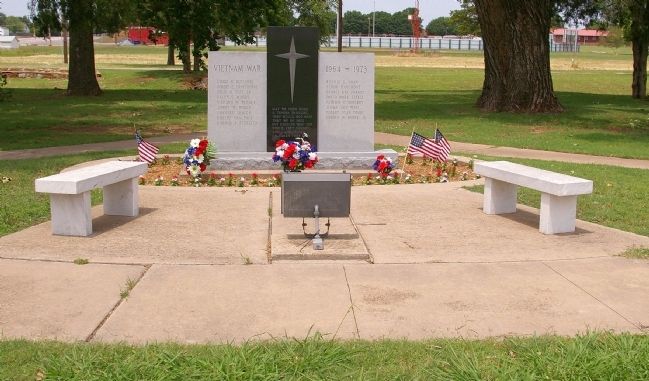