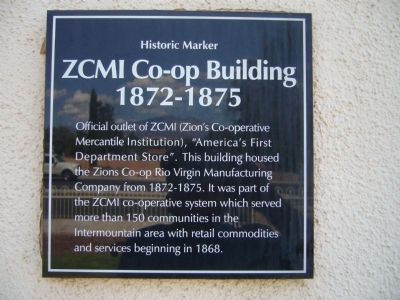 Official outlet of ZCMI (Zion's Co-operative Mercantile Institution), "America's First Department Store." This building housed the Zions Co-op Rio Virgin Manufacturing Company from 1872-1875. It was part of the ZCMI co-operative system which served more than 150 communities in the Intermountain area with retail commodities and services beginning in 1868.

Other nearby markers. At least 8 other markers are within walking distance of this marker. Relief Society Hall (here, next to this marker); Thomas W. Smith's Corn Cracker & Grist Millstone (a few steps from this marker); Prominent Pioneer Men and Women Who Helped Settle Washington City (about 500 feet away, measured in a direct line); Washington City 1857 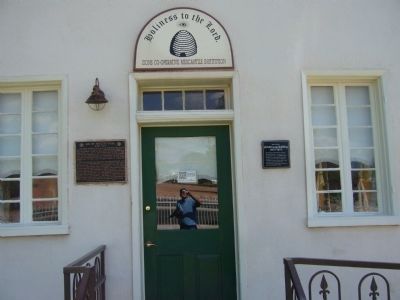 By Bill Kirchner, August 28, 2012
2. ZCMI Co-op Building Marker
Marker is visible to the right of the entrance door. 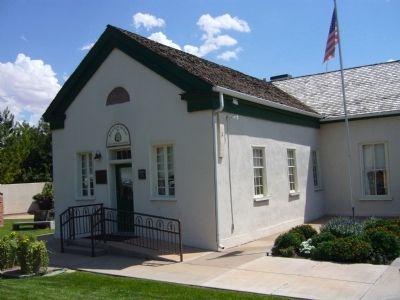