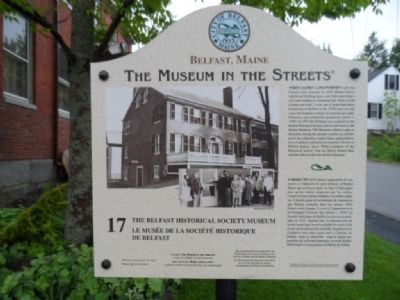 When James Langworthy built this Federal style structure in 1835, Market Street, which the building faces, was little more than a cow path leading to a watering hole. But as both a home and store, it was one of more than thirty businesses in Belfast in the 1830s and over the years has housed a variety of commercial establishments and residential apartments (photo c. 1920). In 1975 the building was acquired by the Belfast Historical Society and is now home to the Belfast Museum. The Museum, which is open to the public during the summer months, is committed to the collection, conservation, and preservation of artifacts and archival materials relevant to Belfast history.

Inset:
While members of the Historical Society look on, Mayor Robert Hall cuts the ribbon at the new Belfast Museum.

Erected 2004 by The Belfast Historical Society and Museum, Inc., The City of Belfast, and the Belfast Community. (Marker Number 17.)

Topics. This historical marker is listed in these topic lists: Education • Industry & Commerce. A significant historical year for this entry is 1835. 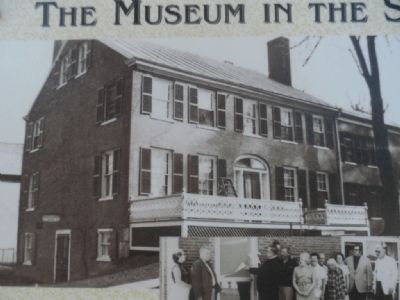 Click or scan to see
this page online
44° 25.568′ N, 69° 0.511′ W. Marker is in Belfast, Maine, in Waldo County. Marker is at the intersection of Market Street and Church Street, on the right when traveling south on Market Street. Touch for map. Marker is at or near this postal address: 10 Market Street, Belfast ME 04915, United States of America. Touch for directions.

More about this marker. Marker #17 (of 30) in "The Museum in the Streets". The text on the Marker is in English, followed by a French translation. 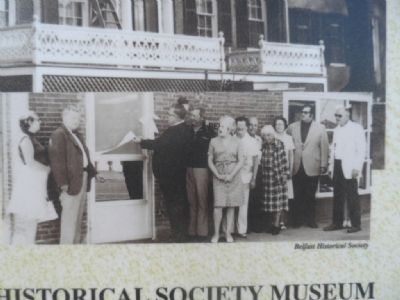 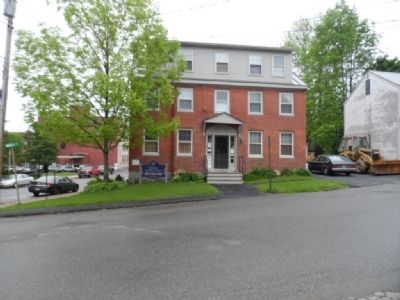