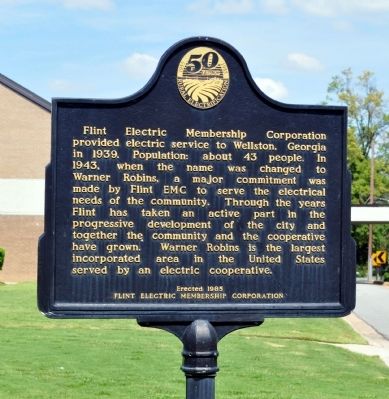 Flint Electric Membership Corporation provided electrical service to Wellston, Georgia in 1939. Population about 43 people. In 1943, when the name was changed to Warner Robins, a major commitment was made by Flint EMC to serve the electrical needs of the community. Through the years Flint has taken an active part in the progressive development of the city and together the community and the cooperative have grown. Warner Robins is the largest incorporated area in the United States served by an electric cooperative.

Topics and series. This historical marker is listed in this topic list: Industry & Commerce. In addition, it is included in the Rural Electrification series list.

Location. 32° 37.15′ N, 83° 36.417′ W. Marker is in Warner Robins, Georgia, in Houston County. Marker is at the intersection of Watson Boulevard (Georgia Route 247 Connector Road) and Myrtle Street, on the right when traveling west on Watson Boulevard. The marker stands in front of the 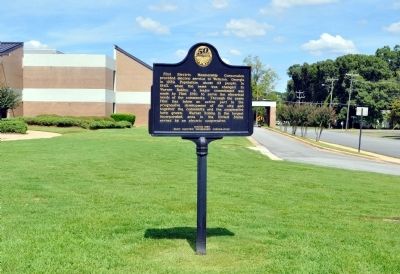 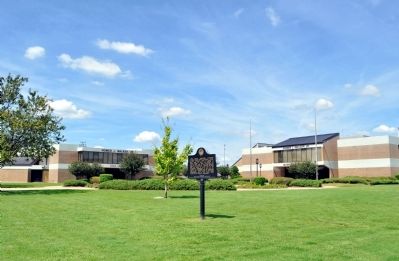