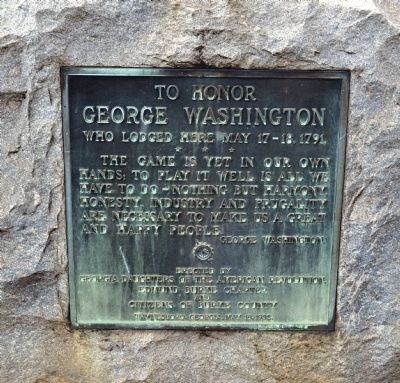 The game is yet in our own hands; to play it well is all we have to do – nothing but harmony, honesty, industry and frugality are necessary to make us a great and happy people.
George Washington

Erected 1932 by Georgia Daughters of the American Revolution, Edmund Burke Chapter and Citizens of Burke County.

Topics and series. This historical marker is listed in these topic lists: Government & Politics • Patriots & Patriotism. In addition, it is included in the Former U.S. Presidents: #01 George Washington, and the George Washington Slept Here series lists.

Location. 33° 5.364′ N, 82° 0.932′ W. Marker is in Waynesboro, Georgia, in Burke County. Marker is on South Liberty Street (U.S. 25) 0 miles south of West 6th Street (Georgia Route 80), on the right when traveling south. The markers stands at the curb in front of a convenience store. Touch for map. Marker is at or near this postal address: 541 South LIberty Street, Waynesboro GA 30830, United States of America. Touch for directions. 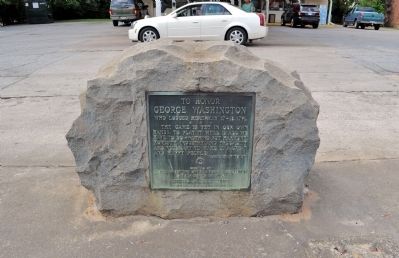 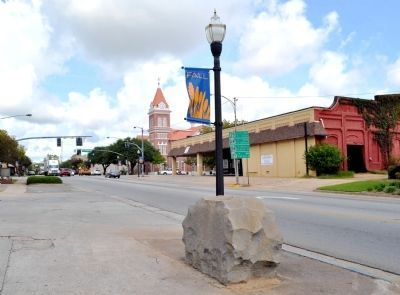