Site of the S.R. Bowen Buildings 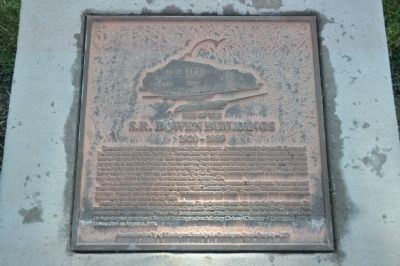 Three industrial buildings were located at 1980 Lake Street and were operated by Samuel R. Bowen and his partner, Sisti Siracusa, as the S.R. Bowen Company and the Bowen Fishing Tool Company. The S.R. Bowen Company was founded in 1920 and was credited with numerous developments of tools used in oil production in Southern California and worldwide. Some noteworthy tools produced included the Bowen L&L Spear (used to retrieve pipe from oil wells). The S.R. Bowen Company remained in Huntington Beach until the mid 1950's when they moved to Santa Fe Springs, CA.

The S.R. Bowen industrial buildings were lcoally significant because of the elaborate, interior exposed wood truss roof supports and corrugated metal ("Tin"), exterior siding and roofing. The buildings contained machine, welding and blacksmith shops, warehouse space and offices. The buildings were constructed in 1920-1928 and dismantled in July 1989.

Samuel Redman Bowen was born in Martinez, CA and spent his early life in the San Francisco area. he came to Huntington Beach from Coalinga, CA in 1920. In 1928 he was elected Mayor of the City and served one term. he was a 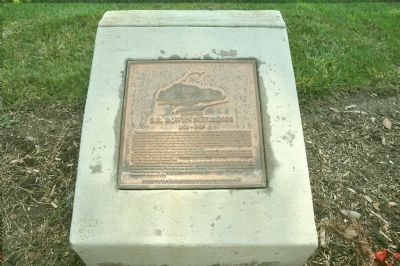 Erected 1989 by The Huntington Beach Company.

Topics. This historical marker is listed in these topic lists: Industry & Commerce • Notable Buildings. A significant historical month for this entry is July 1989. 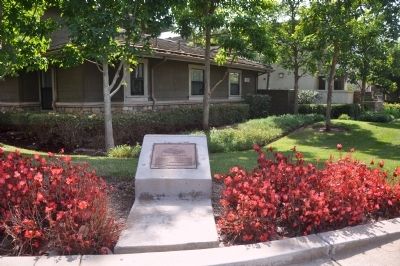