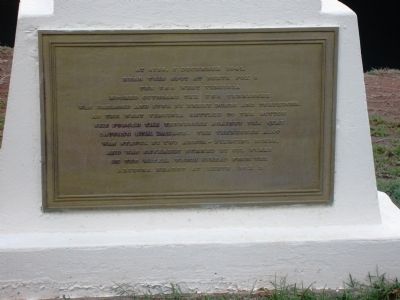 At 0758, 7 December 1941, near this spot at Bert Fox 6 the USS West Virginia moored outboard the USS Tennessee was damaged and sunk by enemy bombs and torpedoes. As the West Virginia settled to the bottom she forced the Tennessee against the quay causing hull damage. The Tennessee also was struck by two armor-piercing bombs, and was severely burned by oil fires on the water, which spread from the Arizona nearby at Berth Fox 7.

Location. 21° 21.803′ N, 157° 57.165′ W. Marker is in Honolulu, Hawaii, in Honolulu County. Marker can be reached from Cowpens Street near Franklin Avenue. The marker can be reached on foot. It lies about 200 feet east of the USS Missouri parking lot along the water. Touch for map. Marker is in this post office area: Honolulu HI 96818, United States of America. Touch for directions. 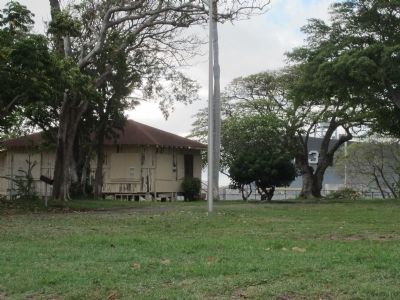