Cathedral of St. John the Baptist 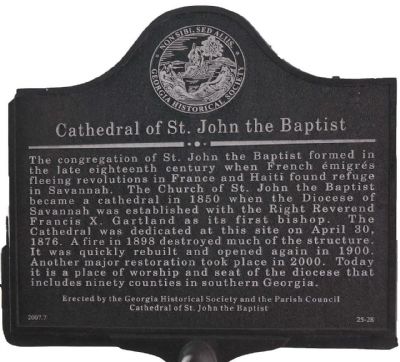 The congregation of St. John the Baptist formed in the late eighteenth century when French émigrés fleeing revolutions in France and Haiti found refuge in Savannah. The Church of St. John the Baptist became a cathedral in 1850 when the Diocese of Savannah was established with the Right Reverend Francis X. Gartland as its first bishop. The Cathedral was dedicated at this site on April 30, 1876. A fire in 1898 destroyed much of the structure. It was quickly rebuilt and opened again in 1900. Another major restoration took place in 2000. Today it is a place of worship and seat of the diocese that includes ninety counties in southern Georgia.

Topics and series. This historical marker is listed in these topic lists: Churches & Religion • Notable Buildings. In addition, it is included in the Georgia Historical Society series list. 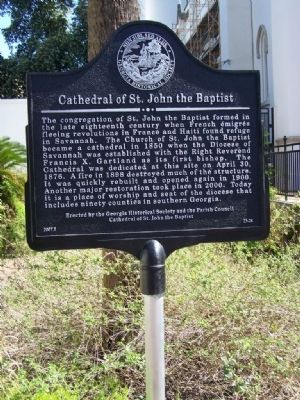 By Mike Stroud, February 2008
2. Cathedral of St. John the Baptist Marker
W. Marker is in Savannah, Georgia, in Chatham County. Marker is on East Harris Street near Abercorn Street, on the right when traveling north. Touch for map. Marker is at or near this postal address: 222 East Harris Street, Savannah GA 31401, United States of America. Touch for directions. 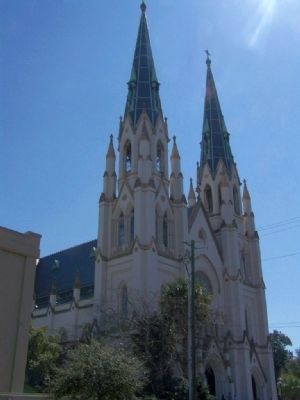 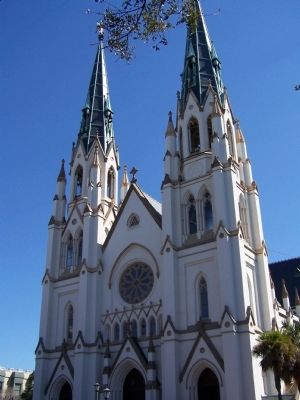 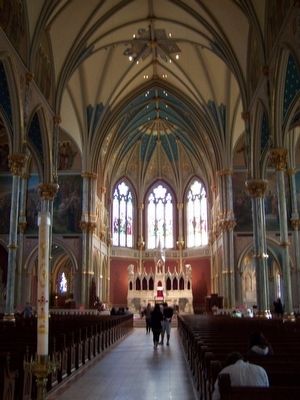 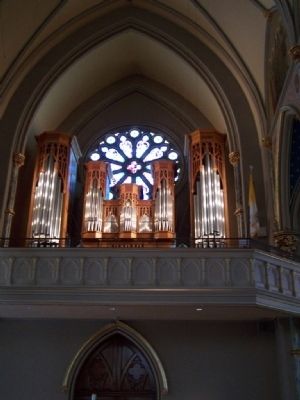 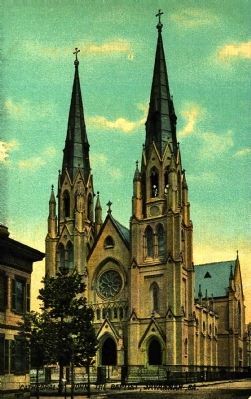